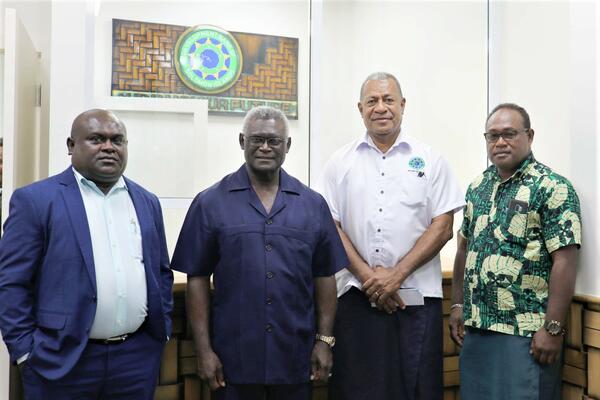 According to the Prime Minister, the event marks a significant achievement for the Government and the people of Solomon Islands.

“Opening of DBSI has been long awaited and this event is a fulfilment of one of my Government’s development policy agenda, which is to re-establish its development financing institution in support of its commitment to grow our national economy.”

“Back then, we were one of the countries in the Pacific without a development bank. As the third most populated country, second largest land mass and abundant natural resources it was inconceivable that we do not have a development bank.” The Prime Minister said.

In 2015, Cabinet agreed to establish a Task Force and a Sub-Committee to progress this work.

“Provincial consultations were held and there was overwhelming support by our people in the rural areas for the re-establishment of DBSI.”

Following the provincial consultations in December 2018, the new DBSI Bill was passed and enacted by Parliament and became the DBSI Act of 2018.

“This is to ensure that our people in the rural areas and SMEs have access to credit or capital to start up their own businesses. It is our sincere hope that the establishment of a new development bank in the Solomon Islands will positively impact our economy.”

Government expects DBSI to offer and provide sustainable financial services to all Solomon Islanders in particular in the development of the rural areas, micro, small and medium enterprises, and commerce and industry.

Government would also want to see DBSI aspire to become the leader in the provision of development finance in the Solomon Islands.

“The future of this nation depends so much in rural development and what we have witnessed today is a manifestation of my government’s drive in achieving that pursuit,” said Prime Minister Sogavare.

“My fellow Solomon Islanders, this is your bank”, the Prime Minister concluded.