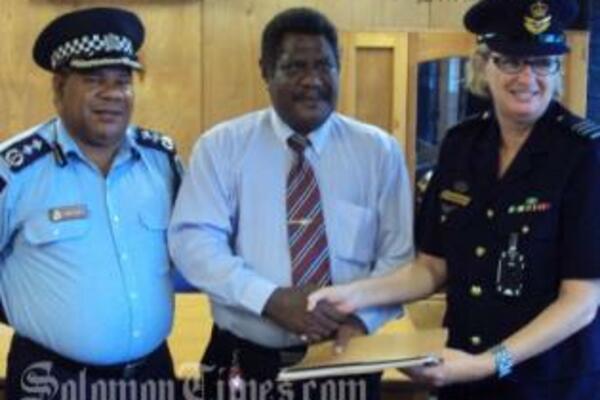 RSIPV AUKI is scheduled to undertake the Defence Cooperation Program funded Life Extension Program refit commencing in May 2010. Under the programme, all 22 Pacific Patrol Boats in Pacific Island Nations will undergo a refurbishment to give them another 15 years of service. RSIPV LATA undertook the extension programme in 2005.

The refurbishment will be conducted in Townsville Australia and will take approximately six months, completing in November 2010. The total cost, funded by the Australian Government, is approximately SBD 25 million.

Thirteen members of the RSIPF Maritime Unit will deliver RSIPV AUKI to Townsville and then will return in November to undergo training before sailing the vessel back to Honiara. The Australian Technical Adviser, Chief Petty Officer Matt D'Arnay, will travel with AUKI to Australia. Minister Tora welcomed the fact that the crew will be all be home for Christmas.