Police Target Kwaso and Weapons in the Streets 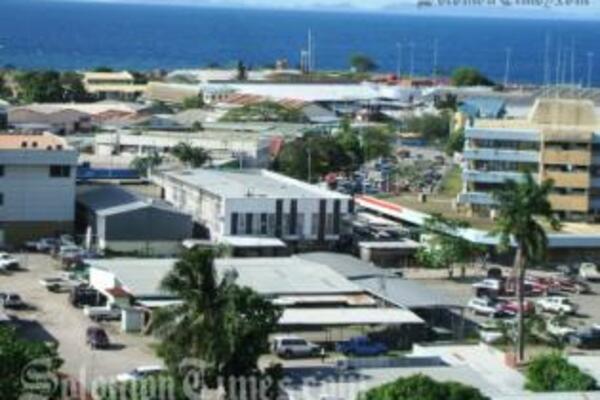 Commissioner Peter Marshall said Operation High Visibility will run again this weekend across Thursday, Friday and Saturday nights in and around Honiara.
Source: Photo Supplied
Share
Friday, 22 May 2009 09:19 AM

The Royal Solomon Islands Police have warned they will be targeting the illegal trade and drinking of kwaso as well as people going armed in public without lawful cause.

"This operation will feature traffic management, foot and mobile patrols with a strong focus on black market outlets in Central Honiara, Point Cruz, the Ba'hai and White River areas," he said.

"General duties officers and supporting personnel from other Police units will continue to routinely target disorderly and criminal behaviour, drinking in public and illegal trading in kwaso."

Mr Marshall said Police officers will also be checking people the suspect to have concealed weapons and identifying if they are going armed in public without lawful cause.

"Under existing Statute Law, officers of the RSIPF already have the right to confiscate weapons from people and seize on suspicion on unlawful activity, at any time. This is not a new power, our officers will simply be reinforcing their focus on street crime," he said.

"Weapons are any item capable of causing injury to another person and include any small knives, bush knives, clubs, firearms or explosive. Wrecking implements, screwdriver, iron bars, stones and timber qualify as a weapon if misused on another."

Mr Marshall said the punishment for going armed in public - a misdemeanour offence - was up to the courts but generally fines or prison terms up to 2 years can apply depending on the circumstances. Long jail terms apply when serious assaults are proven by the courts.

"Police seek the public's cooperation and understanding in these random searches for weapons and enquiries. We are trying to reduce the risk of drunken fights turning into fatalities," he said.

"If someone has fair cause to be carrying a bush knife around town and are not intending harm to others, they have nothing to fear from police. If you are out to cause trouble, that's another matter."

Threatening violence, challenging another person to a fight, fighting in a public place, and going armed in public are all existing offences under the Penal Code of the Solomon Islands.

Mr Marshall said the Police officers would continue to work closely with government and community leaders to reduce kwaso-related crime in Honiara and other communities.

"Recent stabbings at the weekend are not an indication that crime is one the rise in the Solomon Islands," he said. "Statistics on reported crime to the RSIPF between 2008 and 2009 actually show a significant drop for the period January-May, with crime down 20% across the Solomon Islands."