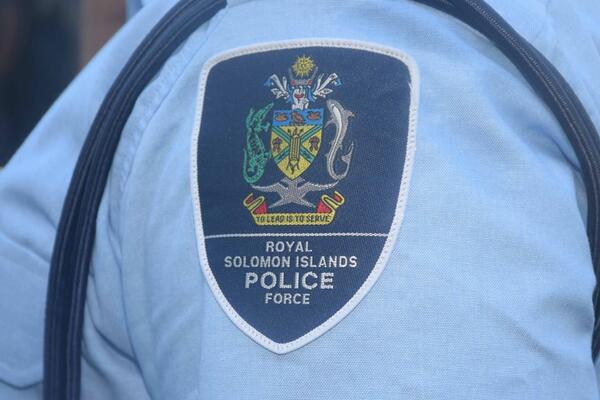 Police will continue to conduct visibility patrols and community awareness in the coming days in Munda town and the surrounding communities as investigations continue.
Source: RSIPF Media
Share
Thursday, 12 December 2019 07:15 AM

Officers of the Royal Solomon Islands Police Force (RSIPF) at the Munda Police Station with reinforcements from Gizo, Noro and Ringgi in the Western Province have arrested about 20 suspects following an allegation of looting of a shop owned by a Chinese businessman in the little township this week.

The allegation of looting followed another incident of torture by the owner of the Chinese shop in Munda of a local shop assistant over missing goods from the shop last Saturday 7 December 2019.

“Some locals of Munda started looting the concerned Chinese shop between 2pm and 8pm on 10th December after news of the alleged torture of the local shop assistant started spreading during the weekend,” says Provincial Police Commander, Western Province, Chief Superintendent Mathias Lenialu.

PPC Lenialu explains: “Officers were sent from Gizo, Noro and Ringgi to assist officers at Munda. Fifteen members of the Provincial Response Unit (PRU) arrived from Gizo late last night and with assistance from officers from Noro Police Station and Ringgi well as well officers in Munda we were able to control and stabilise the situation in the township,”

“So far 21 suspects are in the Munda Police Station cell as police continue to investigate this unfortunate incident that has disturbed the peace in this very safe and secure township. Fifteen cartons of assorted alcohol and other goods have also been recovered by police so far.”

“I wish to call on chiefs and church leaders and all members of the communities in and around Munda town to assist the police and not to take the law into your own hands. Allow the police to investigate the alleged torture by the Chinese businessman of the local shop assistant. Police is investigating this allegation of torture as well as the looting,” says PPC Lenialu.

He adds: “People with information about the alleged torture and the alleged looting are urged to come to the Munda Police Station and give information to our investigators who are dealing with these two incidents.”

It’s not clear at this stage the amount of damage to property following the incident last night but as police investigations continue this will become clearer. There were no reports of any injuries so far.

Police will continue to conduct visibility patrols and community awareness in the coming days in Munda town and the surrounding communities as investigations continue.