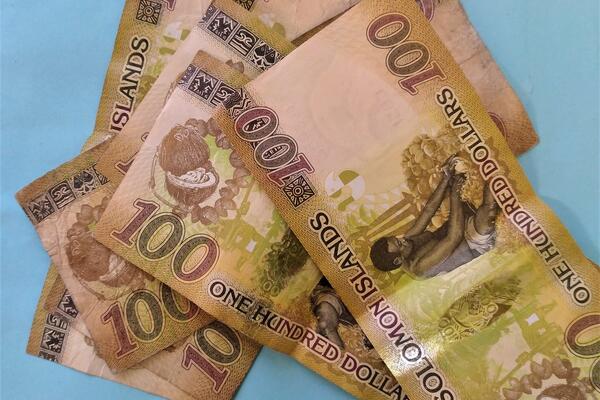 Commissioner Mangau says “The police officer looking after the RSIPF Exhibit Room has been suspended on half pay. But until then, the officer is innocent until proven guilty.”
Source: STO
Share
Thursday, 04 February 2021 13:15 PM

The Royal Solomon Islands Police Force (RSIPF) Professional Standards Internal Investigation (PSII) is continuing with an investigation into more than $300,000.00 exhibit money that has gone missing from the RSIPF Exhibit Room at the Rove Police Headquarters in Honiara.

The $300,000 was money recovered by the police during its investigation into the One-Link Pacifica scheme that has been going on since April 2020.

It was discovered that $300,000 from the exhibit money had gone missing in the month of October 2020.

RSIPF Commissioner Mostyn Mangau says, “I have directed that PSII gives this matter priority among its other priorities. If PSII finds adequate evidence against the police officer, then criminal charges could be laid against him.”

Commissioner Mangau says “The police officer looking after the RSIPF Exhibit Room has been suspended on half pay. But until then, the officer is innocent until proven guilty.”

Police had recovered $121,791.20 from the Director of One Link during his first arrest and further recoveries were made from the One Link office in Honiara.

Another amount of money was recovered after the Criminal Investigation Department (CID) at the Honiara City Central Police Station went over to the One Link director’s home village in South Malaita as part of the investigation. The amount recovered during the second recovery is $215,100.00.

Commissioner Mangau adds, “I strongly condemn any action by any of my officers that leads to an erosion of the trust and confidence that the public has in the RSIPF to maintain law and order in this country.”

“Like any other organization, there are a few ‘bad apples’ within the RSIPF. I want to assure the public that the majority of the more than 1,500 officers within the Force are professional and ethical. We feel very sad when one of our own fail the trust members of the community have in us as police officers,” says Commissioner Mangau.

Commissioner Mangau has also issued instructions for a review of the protocols surrounding storage of exhibits held by the RSIPF with a view to ensuring this particular sad incident is not repeated in the future.