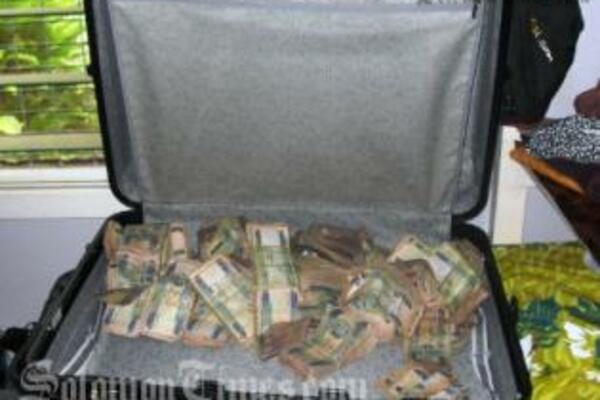 Police this week arrested Philip Bobongi, aged in his 40s, from West Guadalcanal, on charges of Larceny, False Pretences and Money Laundering.

The Court was told that Mr Bobongi worked as an employee of the Central Bank of Solomon Islands. It was alleged that he had been using old and reusable Solomon Islands Bank notes and depositing them into his own account and that of his wife since 2006.

The court supported the prosecutor's recommendation not to allow bail due to the significant amount of money involved, the repeat offences over several years and the risk of flight.

Police also made a successful application through the Director of Public Prosecution to the court, to freeze Bobongi family bank accounts. Further applications will be made to seize other assets including several vehicles and properties have been surrendered under court order.

Mr Bobongi is due to reappear for Mention Hearing in Honiara Magistrate's Court on 27 May.

"Eight officers from the National CID recently attended a money laundering investigation course run by the Law Enforcement Authorities of Australia at Lei Lei in December," he said.

"This course, and others arranged by the Australian Federal Police in Brisbane, has greatly helped RSIPF investigators in their efforts on this case. They were ready for the challenge."