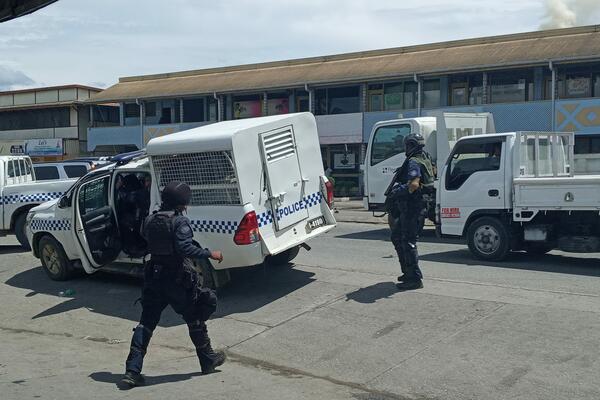 Police have set up a blockade around the central market and point cruz area. The situation is calm but tense.

Protestors have disbursed into small groups after tear gas was fired, but reports are emerging that they are planning to regroup. Reports are also coming in that a small crowd is building up at the Burns creek area.

Police are advising that people remain at home, and have also advised the public to stay away from Chinatown and point cruz and not to gather in groups.

Business houses and offices in Honiara have closed, schools have also finished early and students have been sent home.

The protestors said they were here for a peaceful protest, but it quickly turned violent as the crowd grew and people became agitated.

Police say the fire that was lit outside of Parliament was from protesting youths who managed to sneak past the guards.

The Parliament compound is also now secure, it is not yet clear whether MPs are still inside the building.