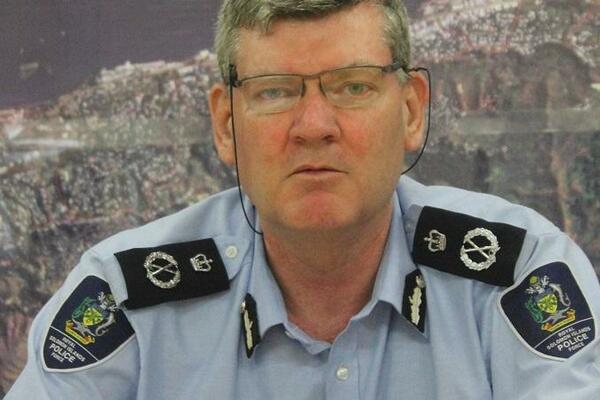 Commissioner Prendergast explained that the RSIPF was now one of the best police forces in the region, particularly in terms of key capabilities such as public order management and crime prevention.
Source: Photo supplied
Share
Tuesday, 25 October 2016 10:16 AM

The Solomon Islands Police Commissioner says his police force is ready to stand on its own.

Commissioner Frank Prendergast has told members of the parliamentary Opposition and Independents Group the Royal Solomon Islands Police Force (RSIPF) is ready to assume full responsibility for policing when the Regional Assistance Mission to Solomon Islands (RAMSI) leaves in nine months, provided the RSIPF continued to be properly resourced.

He said the RSIPF needs to continue to work to improve and that ongoing assistance for its development would be welcome.

He explained that the RSIPF was now one of the best police forces in the region, particularly in terms of key capabilities such as public order management and crime prevention.

Commissioner Prendergast also acknowledged that the RSIPF still faced challenges and, like in all police services around the world, it will have to deal with issues relating to discipline or inadequate service delivery.

The most important thing, he said, was how the organisation dealt with these issues. In this context, the Commissioner reassured the parliamentarians that the RSIPF had been working very hard to instil values, discipline and strong leadership at all ranks and it would continue to remove officers that did not demonstrate the professionalism and accountability expected of them.

RAMSI Participating Police Force (PPF) Commander John Tanti confirmed that the RSIPF today has strong and ethical leadership and the RSIPF was now a professional and capable organisation. It was no longer just a recipient of policing assistance; it was training other police forces in the region, he said.

The RAMSI Special Coordinator, Quinton Devlin, agreed that Solomon Islanders had very good reasons to trust and have confidence in their police force.

Solomon Islands Government (SIG) Special Secretary to RAMSI, John Wasi, added that the Government was negotiating with Australia, New Zealand and Papua New Guinea on policing cooperation initiatives that would see the RSIPF continue to grow from strength to strength and lead to increased law enforcement cooperation along the Solomon Islands-PNG border.

In response, the Leaders and members of the Opposition and Independents Group praised RAMSI for its tremendous contribution over the last 13 years to the peace and security of Solomon Islands. They applauded the RSIPF’s commitment to working in partnership with communities and stakeholders to maintain law and order across the nation in line with its community-orientated Crime Prevention Strategy.

The briefing by senior security and RAMSI officials, which included Police and National Security Permanent Secretary Edmund Sikua, was part of a wide-ranging series of community and stakeholder consultations on RAMSI’s drawdown and Solomon Islands Government preparations for RAMSI’s conclusion in June 2017.