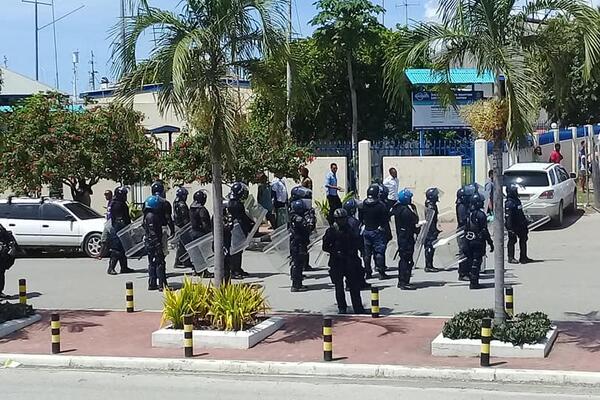 Police are on high alert with reports of riots in various parts of Honiara.

Reports are emerging that several groups are intent on causing havoc after the election of Manasseh Sogavare as Prime Minister.

Shops and offices are now closing, with workers advised to go home. Despite calls for calm by the police, MPs and community leaders’ there are groups intent on showing their disagreement.

Police are warning the public to stay at home and warned those that want to incite violence that the police are well prepared.

Reports say that pockets of protestors are scattered throughout the town and are being dealt with.

Police say that these are opportunists, taking advantage of the situation.

Chinatown is currently a target with reports of stoning and rioting.

The Pacific Casino is also a target with reports confirming massive rioting and looting in the area.