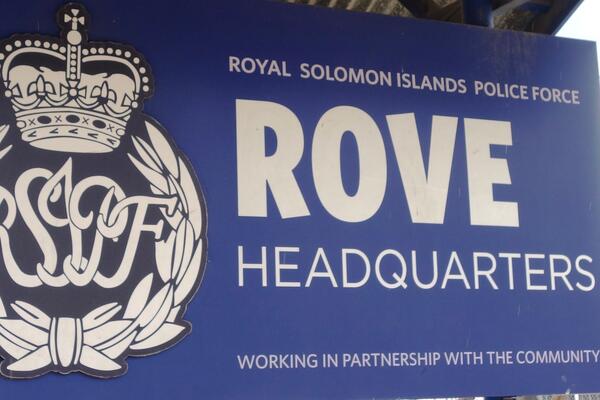 The officer is currently on suspension while investigations are progressing into the case.
Source: File: RSIPF
Share
Wednesday, 23 February 2022 15:34 PM

Officers of the Royal Solomon Island Police Force (RSIPF) at the National Traffic Department are investigating a traffic accident, which involved a Police vehicle and a Toyota caldina car along Kukum Highway, in Honiara on 12 February 2022.

Supervising Director of the National Traffic Department Inspector Hugo Maelasi says, “The Police vehicle was driven by a Police officer who was travelling easterly direction whilst the white Toyota Caldina car in the westerly direction.”

Director Maelasi says, “The driver of the Police vehicle travelled at a very high speed and ran off the east bound lane and collided with a Toyota Caldina and both vehicles were badly damaged.”

Mr Maelasi says, "The officer has been charged for careless and inconsiderate driving Contrary to Section 40 (1) and will appear in Honiara Central Magistrates’ Court on a later date.”

The officer is currently on suspension while investigations are progressing into the case.