Police Minister Appeals for Calm Ahead of Elections 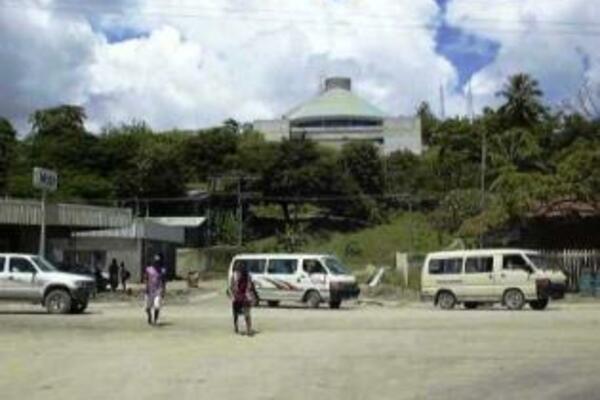 The Minister acknowledges that all it takes is "foolish behaviour by a few to ruin the overall image of the country."
Source: Photo Supplied
Share
Monday, 12 July 2010 10:04 AM

The Minister of Police and National Security, James Tora, has appealed to Solomon Islanders to "support electoral officials and the Police in the various activities prior to and including the time of the national general election."

Minister Tora said that there has been, in past national elections, good cooperation and behaviour which helped the electoral officials and Police to maintain order. But the Minister acknowledges that all it takes is "foolish behaviour by a few to ruin the overall image of the country."

He says the fact that the presence of foreign observers, particularly foreign media representatives, during the event is almost guaranteed, it is very important that candidates and their supporters respect these overseas friends and be mindful of the images they portray.

The Minister appeals to candidates to talk about their visions for the nation and not on personalities which often leads to unnecessary confrontations.

Minister Tora also acknowledges the assistance and excellent work by RAMSI and PPF officers during the last general election and looks forward for the same in the coming national general election.

He also acknowledges and expresses his appreciation on the preparations that have been put in place by the Electoral Commission's office and that of the Commissioner of Police for the national general elections to date.