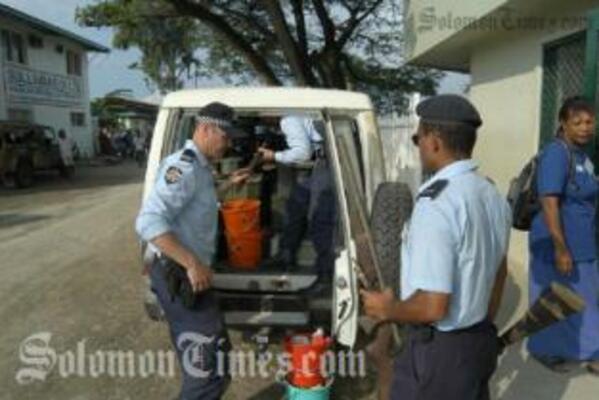 Police media says that the paper has exaggerated its report by saying that there is 'hostility' among Solomon's police.
Source: Photo Supplied
Share
Friday, 30 April 2010 10:27 AM

The police media has denied claims by Australian newspaper, The Australian which reported that "there is hostility among Solomon Islands police."

The Australian has reportedly said that hostility has developed between Solomon Islands police and most of their Australian advisers working with the Regional Assistance Mission, RAMSI, "over cultural traditions, access to cars, boats and even photocopying paper."

The paper says it has uncovered these problems in a comprehensive review of policing component of the mission, which cost about SBD$120 million dollars a year since the initial deployment in 2003.

Police media however says that the report is in fact taken from a policing review of RAMSI but denied claims that there is actual or real hostility among the local police and their foreign counterparts.

Police media says that the paper has exaggerated its report by saying that there is 'hostility' among Solomon's police. It says there has been no hostility being experienced by the RAMSI police and the Royal Solomon Islands Police Force.