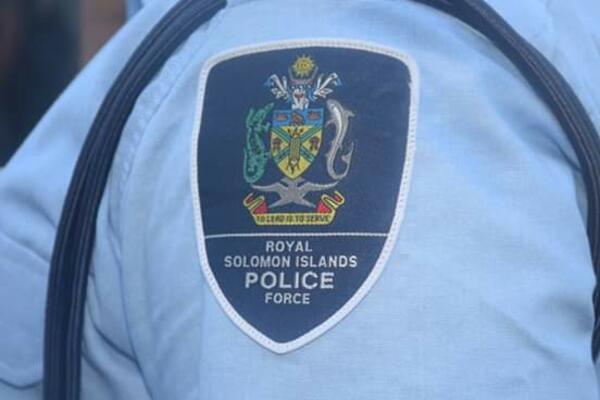 The Royal Solomon Island Police Force (RSIPF) is investigating a traffic accident on Kwainamoro road near Auki in the Malaita Province.

The accident happened in the early evening of 29 February 2020 which involved three police officers travelling in a police vehicle and allegedly hitting two 18-year-old male students at the Aligegeo Provincial Secondary School.

It is alleged that the three officers were under the influence of alcohol when they left Auki Police Station in the police vehicle with the intention of dropping off two of the officers at the police married quarters near Kilu’ufi Hospital.

It is alleged that the police vehicle hit the two students while they were walking along the road near the Aligegeo Provincial Secondary School. Both students sustained injuries and were treated at the Kilu’ufi Hospital. Both students have since been discharged.

Acting RSIPF Commissioner Mostyn Mangau says, “This is a sad incident involving police officers allegedly under the influence of alcohol and driving a police vehicle. Worst of all they were involved in an accident affecting two pedestrians.”

“Whilst I appreciate and honour the majority of RSIPF officers who are dedicated and committed to do their duties day in and out in difficult circumstances, the RSIPF have had to deal with a small number of officers who continually fall short of the high standards we all aspire to. One area in which this lack of commitment manifests itself is a police officer driving under the influence of alcohol and driving a police vehicle or even public transport,” says Acting Commissioner Mangau.

He adds: “RSIPF will not tolerate any misconduct by any of its officers. I have instructed the Director of the RSIPF Professional Standards Internal Investigation (PSII) to immediately send its officers over to Auki and conduct a preliminary investigation into the incident and recommend appropriate action to take against the officers allegedly involved in the incident.”

“Before the outcome of the preliminary investigation, I wish to apologise to the Principal of the Aligegeo PSS and the parents of the two students for this unfortunate incident.”

“I call on other officers at the Auki Police Station and as well as the two victims of the incident with any member of the public who may have witnessed the incident to come forward with information to assist the PSII officers who should be at Auki soon to conduct a preliminary enquiry into this sad incident,” says Commissioner Mangau.