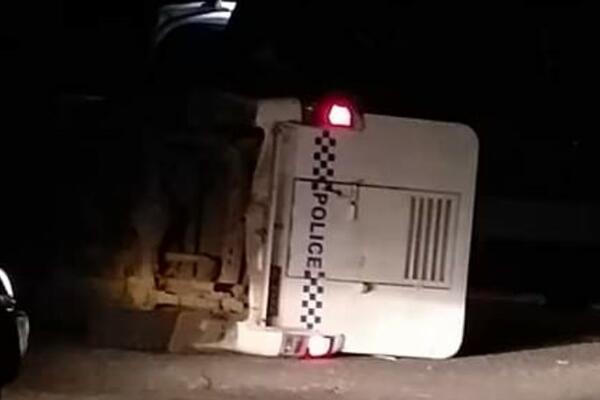 "A preliminary breath test was conducted and it was discovered the officer had no presence of alcohol in his blood."
Source: B. Afuga - Yumi Toktok Forum
Share
Tuesday, 02 June 2020 14:09 PM

Officers of the Royal Solomon Islands Police Force (RSIPF) at the National Traffic Department is investigating a traffic incident involving a police officer in a police vehicle at the East Kola Ridge junction in Honiara on 28 May 2020.

It is alleged that while the officer was driving along the road, the seat belt indicator kept on peeping so he decided to sort out the seat belt when he veered off on to the hill near the East Kola Ridge junction and overturned.

“A file has been opened and the investigation is underway into the incident.”

“I appeal to the general public in and around the East Kola Ridge area of Honiara who may have any information about the incident to come forward to police to assist with the investigation,” said Superintendent Satu.