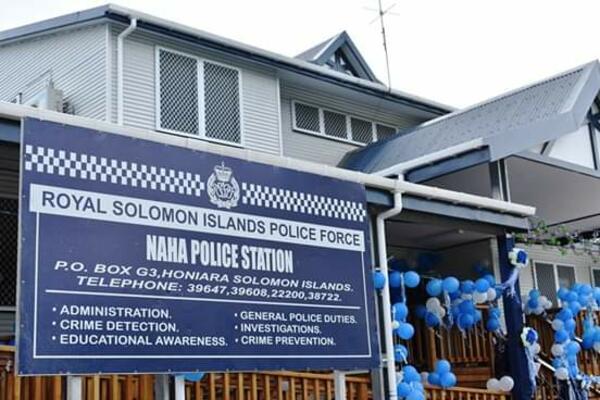 Investigators of the Royal Solomon Islands Police Force (RSIPF) at the Naha Police Station are investigating an attack on the home of the Member of Parliament (MP) for North Malaita who is residing in East Honiara.

It is alleged the attack was carried out by seven men who entered the private residence of the MP at Kombivatu, East Honiara and badly damaged three of the MP’s private vehicles. The motive of the attack is not known.”

“The seven suspects have been identified and police officers are in the process of locating the suspects for questioning. I appeal to the suspects to surrender to my officers at Naha Police Station. I do not want to name them but ask them to come forward as there is no reason to hide from police,” PPC Riolo explains.

“The attack put in danger the life of the MP and members of his family as the suspects allegedly threw stones onto the residence of the MP. Such an act must be condemned in the strongest term as it is against the safety and peace of a citizen of this country.”

Members of the public who may have witnessed the incident are urged to provide information to the police to assist them with the investigation into this sad incident.