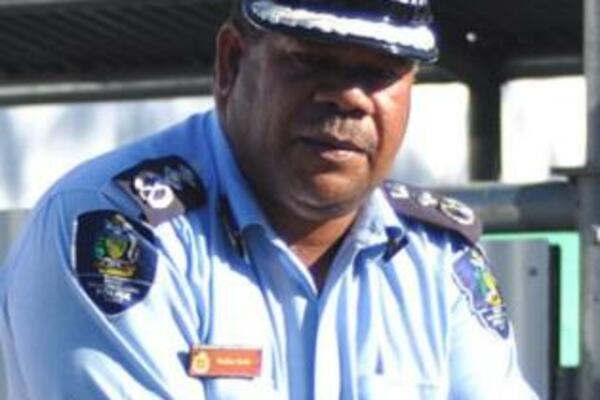 The acting police boss says he ordered the arrest of Mr Leketo after receiving reports that the accused was never killed in a cross border shoot-out as earlier claimed.
Source: Photo supplied
Share
Friday, 09 September 2011 08:36 AM

Samson Leketo was arrested by police after giving evidence to a close hearing of the Truth and Reconciliation Commission in the Choiseul Provincial Capital.

The arrest of Mr Leketo resulted in the boycott of the hearing by two other individuals who have yet to testify before the commission.

The Police action came under criticisms from the public, as well as from the Truth and Reconciliation Commission, saying "such interference with TRC processes could affect the remaining work of the commission."

But Acting police commission Mr Kola says Mr Leketo's arrest has nothing to do with evidence he gave to TRC.

Instead, Mr Kola explains that the Mr Leketo was initially arrested last year and formally charged to appear before the court for attempt murder, common assault and intimidation.

Mr Kola however says Leketo failed to show up in court when required, and a warrant was issued for his arrest.

The acting police boss says he ordered the arrest of Mr Leketo after receiving reports that the accused was never killed in a cross border shoot-out as earlier claimed.

He explains that the only issue for the TRC is the other two who boycotted the hearing after the arrest of Leketo.

The clarification by the Head of Police has dispelled earlier allegations that the arrest was carried out by RAMSI police officers.