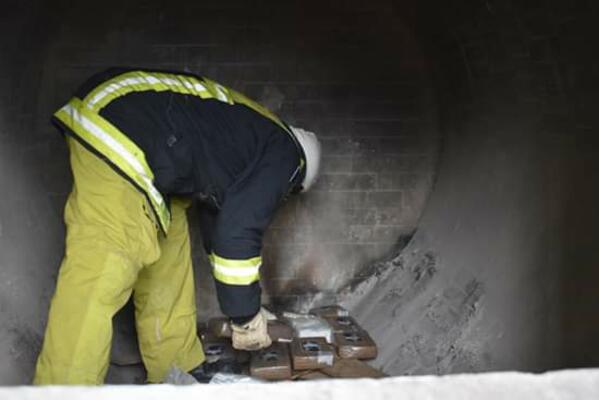 Officers of the Royal Solomon Islands Police Force (RSIPF) have destroyed the 500 kilograms of cocaine seized from a yacht in September 2018 during a joint operation with the Australian Federal Police in the foreshores of Honiara.

The cocaine has been destroyed in three patches with the first patch destroyed in August and the second in October 2019. The remaining 245 kilograms cocaine were destroyed, yesterday (13 November 2019).

“The delay in destroying the drugs was because of the continuous operations that police has been involved the past several months including the National General Election and the High Visibility Operation following the decision by the Government to switch diplomatic recognition to the People’s Republic of China (PRU) from the Republic of China on Taiwan (ROC),” explains Deputy Commissioner of Police (DC) Juanita Matanga during the police weekly media conference in Honiara today (14 November 2019).

DC Matanga explains: “The RSIPF have already taken appropriate steps to dispose the bulk cocaine in compliance with the required legislations in the Solomon Islands. We have met and discussed with a number of relevant government authorities, and experts prior to the destruction to ensure the cocaine was destroyed according to world safe standards, reducing risks to safety and the environment.”

“For security reasons, I cannot reveal where we had destroyed the drugs but it’s done at a safe and secure location. I can assure you that all the cocaine has been destroyed safely and we believe no one has been affected by the process.”

DC Matanga adds: “RSIPF is still consulting with the necessary government authorities on how to destroy the yacht that was carrying the cocaine, the Vieux Malin.”