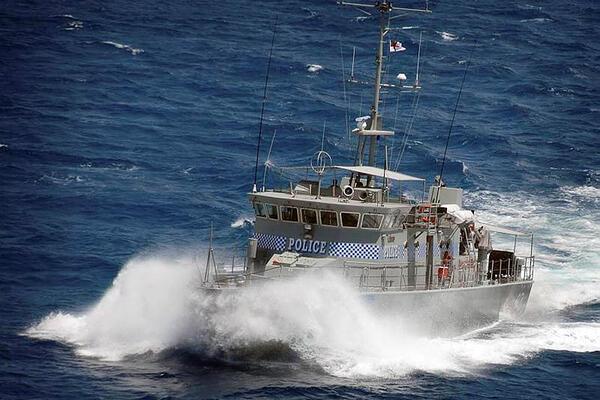 The next deployment of officers of the Royal Solomon Islands Police Force (RSIPF) to the western border with Papua New Guinea have left Honiara on Monday on-board Patrol Boat LATA.

This new deployment will replace the other group of officers who have been stationed in the Shortland Islands for the past month. The deployment of officers of the Police Response Team (PRT) and others from Western and Choiseul provinces started at the beginning of this year as the first phase a strategy to secure the Solomon Islands side of the common border with Papua New Guinea.

Assistant Commissioner of Police (ACP) National Operations Alfred Uiga says, “The monthly deployment of RSIPF officers to the common border with PNG is to ensure that our citizens in the western border region are safe and secure. This follows several armed robbery incidents on villages in the Shortland Islands by Bougainvilleans this year.”

“We believe that the monthly deployment of PRT officers and others from Gizo and Taro has brought confidence to communities in the Shortlands and Choiseul. Since the deployment of officers there has been no reports of any incidences in the western border region,” says ACP Uiga.

He adds: “The monthly rational deployment is the first phase of a plan to permanently base RSIPF officers and representatives of other law enforcement agencies including Customs, Immigration and Bio Security at the border with PNG.”

“Our officers sent to the western border area continue to build a good relationship with our communities there and they feel much safer with our officers around in their communities.”

The Solomon Islands Government is now working on a National Security Strategy which will include a plan for the permanent presence of RSIPF and other law enforcement agencies in the Western and Choiseul Provinces.