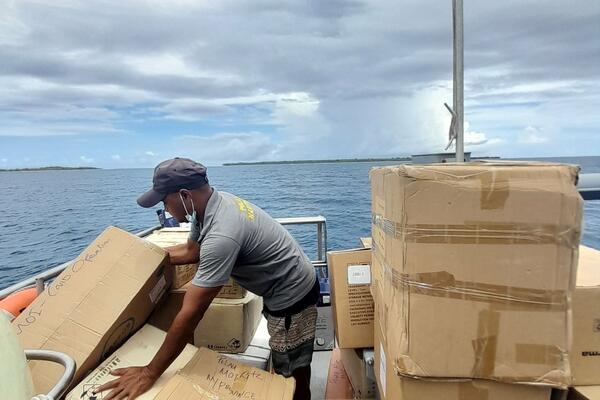 Assistant Commissioner (AC) National Operation Evelyn Thugea says, “The allegation is not true and the Director Police Maritime who had led the operation has confirmed that the allegation is false.”

AC Thugea says, “Patrol Taro was tasked to assist key stakeholders in delivering COVID 19 emergency relief supplies at designated locations in the Western Border and the trip was extended to MOI to drop off medical supplies and carry out investigations.”

Director Police Maritime of the RSIPF Superintendent Nevol Soko says, “I don’t know if this had happened because I did not witness any crew selling betel nut to the locals. This is fake news.”

Director Soko says, “What I know is that, only a police boat is permitted to berth alongside the Patrol Boat and used to assist in transporting the team to do their work in Pelau and to transport the medical supplies ashore. We spent two days in Pelau and no civilian boats were allowed to come close to the vessel at anchor.”

Police would like to remind reporters to verify how genuine its source are and get both sides of the story before publishing it.