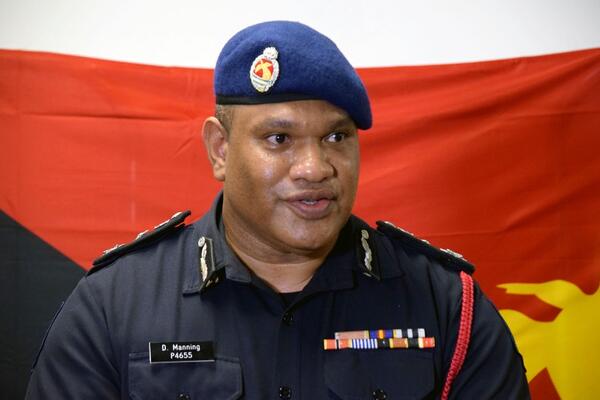 Allegations were raised in social media that members of the PNG contingent entered a private property and assaulted a man in front of his family.

He says according to reports he received from the head of the PNG contingent to the Solomon Islands, Assistant Commissioner Perou N’Dranou, the two individuals were arrested for using obscene language and posting defamatory and false information against the PNG contingent on social media, aimed at breaching the peace.

“I have been reassured by Assistant Commissioner N’Dranou have conducted themselves professionally at all times. The postings on social media were not only defamatory but had the potential to breach what was already a fragile situation on the island,” Mr Manning said.

He said one of them, a Church pastor, has already reconciled with the PNG contingent, which was facilitated by the Solomon Islands police.

The other has been charged and is on bail. He will appear in court on the 28th of February 2022.

“Both incidents are serious matters of concern that have attracted negative comments from the public in the Solomon Islands, hence the course of action we have taken,” PNG Police Commissioner David Manning said.

“They have been good ambassadors for PNG and will continue to do so until they return to the country.”