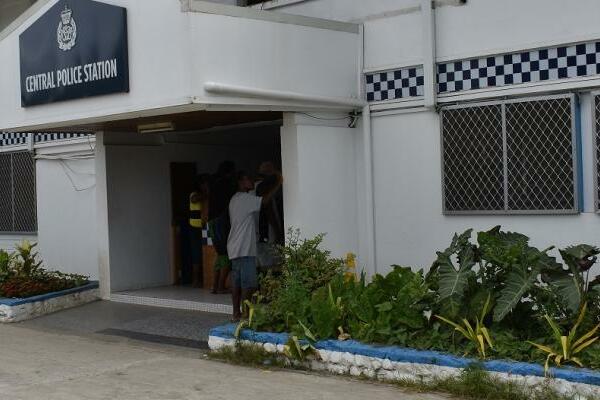 He was released yesterday on bail and will appear before the Honiara Central Magistrate on the 2nd of February 2022.
Source: File: RSIPF
By Samson Sade
Share
Wednesday, 15 December 2021 09:04 AM

United Party president John Kwaita has been charged with unlawful public assembly, in breach of COVID-19 rules under the current state of public emergency.

Kwaita was arrested by police late Monday at his home in Henderson, east of Honiara.

He was released yesterday on bail and will appear before the Honiara Central Magistrate on the 2nd of February 2022.

Supporters have said that the move to arrest the United Party president was politically motivated.

United Party’s parliamentary whip leader, Hon. Peter Kenilorea, told Agence France-Presse (AFP) late on Tuesday that he was pleased his ally had been released from custody but insisted the arrest had been "heavy handed".

He added that Kwaita would fight the charges and "uphold his innocence".

Late last month, anti-government protests sparked widespread looting and arson in the capital Honiara, causing close to half a billion (SBD$) dollars worth of damage and leaving the city's Chinatown district in ruins.

At least three people died in the violence, which also caused the snap deployment of around 200 peacekeepers from Australia, Fiji, New Zealand and Papua New Guinea.

His rule is opposed by the leaders of Malaita - the Solomons' most populous island - who want more independence and favour ties with Taiwan.

With The Straits Times and AFP