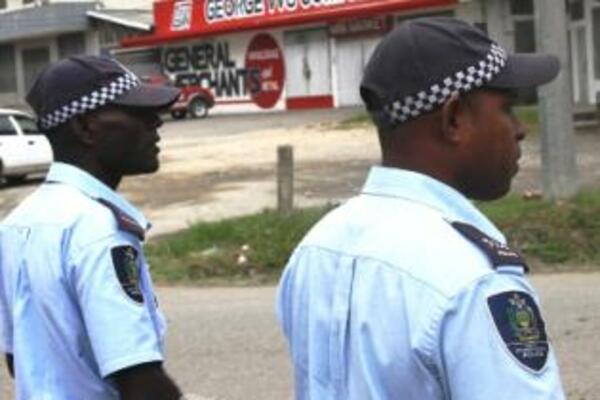 The Royal Solomon Islands Police Force (RSIPF) with the support of the RAMSI Participating Police Force (PPF) and RAMSI Military has already commenced security preparations ahead of the National General Election which will be held on 4 August 2010.

The Commissioner of Police, Peter Marshall will have overall responsibility for the response of the RSIPF and supporting groups, and he has appointed Deputy Commissioner Kola to be the Operation Commander for the forthcoming national election operation.

The RSIPF will be the lead agency, supported by RAMSI PPF and RAMSI Military personnel.

The operation will be carried out over six weeks including a two week period after the election of the Prime Minister.

High visibility patrols are currently being carried out across the city in the lead up to the actual operation which will commence on Wednesday 21 July, two weeks ahead of the National General Elections on 4 August 2010.

Extra staffs have been rostered to cover each 24 hour period for the six week period and there will be a large number of extra RSIPF, PPF and military in Honiara and the surrounding areas.

Police are not expecting any disorder but are none the less prepared, taking a number of precautions to ensure a safe environment for the election to take place.

Police have already identified and secured locations throughout the city where teams of the RSIPF, PPF and military will be working from to better respond to any incident that may occur.

Police have consulted with the Speaker of National Parliament and it has been determined that the Parliament Grounds will not be open to members of the general public at the time of the announcement of the Prime Minister.

Access to the Parliament House and compound will be restricted to Parliament Members and employees.

The media will also be given access to the parliament house as they will do live coverage of the announcement of the result, allowing the whole nation to hear the result of the Prime Minister's election announcement through live broadcast.

Police are also working closely with the responsible authorities to ban alcohol sale during the election period and expects the endorsement of a restriction on alcohol outlets which will be made known to the public.

The RSIPF are also working closely with the Electoral Commission in terms of the location of polling stations and based on information received, police officers will be deployed at specific locations to assist with the smooth running of election voting and counting.

The RSIPF have received exceptional assistance, regarding resources and personnel, from Commander Buchhorn, the PPF Commander.

A special 'Police Operations Centre' has been established as the Command Headquarters with state of the art technology capability and in addition to that, specially designed 'Command Vehicles' have been provided by RAMSI and will be used throughout the election period.

This is a national police operation involving all the Provinces and will be very much a combined operation with the RSIPF taking the lead in terms of decision making.

As a result of several interoperability exercises that have been undertaken in the lead up to the police operation, the RSIPF, RAMSI PPF and Military are confident that they can deal with any problems that may arise.

Members of the public should be confident and are assured about the ability of the authorities to provide appropriate security during the election period.

Police will be very proactive and will not tolerate anti social behaviour or disorder, and are seeking the public's cooperation to ensure that the all important democratic process prevails, and that a free and fair Election occurs without interference.