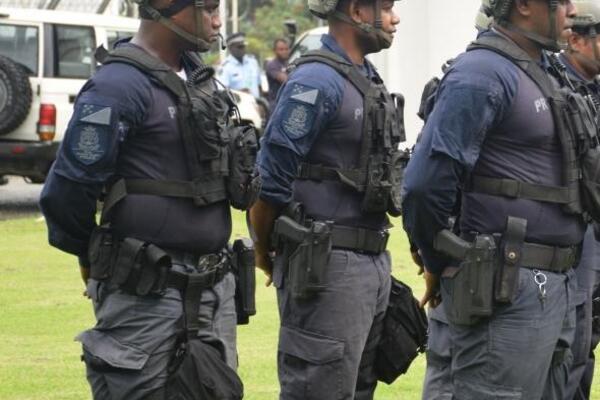 PPC Riolo says, “Someone could have lost their life if the dangerous weapon was not discovered by police.”
Source: File
Share
Thursday, 11 June 2020 12:33 PM

Officers of the Royal Solomon Island Police Force (RSIPF) in Honiara have arrested an adult male person after a firearm was discovered inside his vehicle during the early hours of Saturday 6 June 2020 at Guzo Point in the Bahai area of East Honiara.

Provincial Police Commander (PPC) Honiara City, Chief Superintendent Stanley Riolo explains, “The Honiara City Response Unit (CRU) was on a routine patrol in the Kukum area in the early hours of last Saturday when they came across a car parked in the Guzo Point area along the Kukum Highway.

On checking the vehicle, officers discovered the driver asleep in the driver’s seat and believed to be drunk. They also discovered a modified .22 firearm wrapped in a bag in the boot of the suspect’s vehicle.

“The suspect was immediately apprehended and escorted to the Central Police Station watch house with the fireman where he was formally arrested and placed in police custody. The suspect was charged with one count of possession of firearm without license contrary to section 5 (2) (a) of the Firearms and Ammunitions Act and was taken to court for a remand application.”

PPC Riolo says, “Someone could have lost their life if the dangerous weapon was not discovered by police.”

The suspect will appear for his mention today (11 June 2020) at the Honiara Central Magistrates’ Court.

“I also want to appeal to anyone who may be suspicious about a neighbour or a family member being in possession of any firearm or ammunition to report it to your nearest police station or call the RSIPF toll free line 999. You never know one day you or any of your family members could be a victim of any firearm or ammunition if it’s in the wrong hands,” PPC Riolo emphasizes.