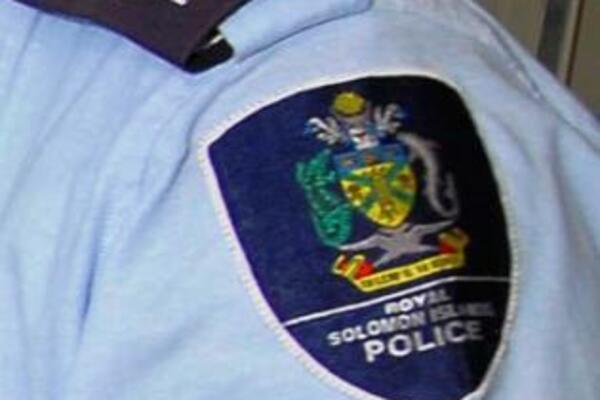 The 22 year old man was arrested and taken to Honiara City police where he was charged with one count of assault causing actual bodily harm.
Source: STO Archives
Share
Tuesday, 10 November 2009 14:29 PM

Police have arrested a 22 year old man at Adaliua settlement in East Honiara for allegedly stabbing his wife at their home shortly after mid-night last Saturday.

The incident occurred when an argument between the 22 year old man and his wife resulted in the husband allegedly hitting and injuring his wife with a sharp instrument.

The victim sustained a cut to her arm and was taken to the National Referral Hospital where she was treated for her injury and later discharged.

The 22 year old man was arrested and taken to Honiara City police where he was charged with one count of assault causing actual bodily harm.

He was granted bail and is expected to appear at the Magistrate's Court on 25 November 2009.