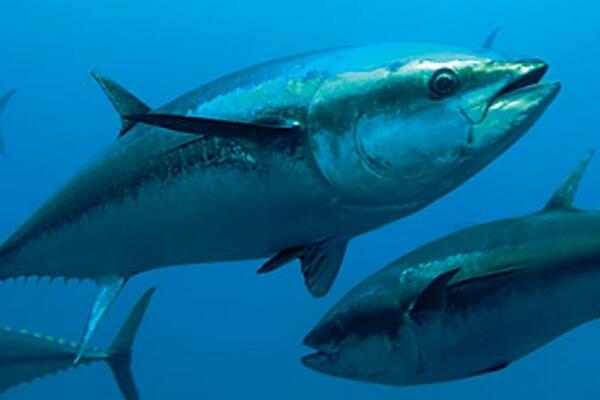 Media personnel in Papua New Guinea now have a better understanding of the significance and value of tuna fisheries after three days of a fisheries-related media workshop. The workshop was held from 9-11 September in Port Moresby and brought together around twenty journalists, from Divine Word University.

The workshop was an initiative between the Pacific Islands Forum Fisheries Agency (FFA), under the Pacific European Union Marine Partnership Programme (PEUMP), and the PNG National Fisheries Authority (NFA) in the lead up to the Seventh Pacific Tuna Forum, which brings together tuna industry stakeholders.

“The workshop was organised to give media in PNG an understanding of issues relating to the management and development of tuna fisheries in the region. As it concludes at the start of the Pacific Tuna Forum, it gives journalists an understanding of some of the discussions that will take place over the next two days,” said Chris Reid, Acting Director of FFA’s Fisheries Development Division.

“PNG is a key player in the region’s fisheries industry. As of 2018, the tuna catch taken in PNG’s waters was valued at over $USD700 million,” he said. “This makes a significant contribution to the economy which makes it all the more important for the media to pay attention to the issues and inform the public. We need to get more of those stories out.”

Rayon Lakingu, EMTV reporter found the workshop interesting. He said “I learnt a lot about the fishing industry and will be able to explain it in a simpler way so that people understand fisheries issues. Other sectors such as forestry could host this type of workshop to get media more familiar with their issues.”

Third year Journalism and Communication student from Divine Word University, Jemimah Sukbat said “Although it was challenging and sometimes hard to follow through, I think it’s great to have this workshop so we can learn about fisheries and are able to translate what we learn into easily understandable language.”

About 60% of global tuna supply comes from the Western and Central Pacific region which includes Papua New Guinea. This region is the largest tuna fishery in the world with an average annual catch of 2.7 million tonnes between 2014-2018.

Justin Ilakini, NFA Executive Manager of Provincial Support & Industry Development in his presentation to journalists during the week said “Tuna doesn’t only support economic growth or food security, it doesn’t only support big businesses but small ones too. Tuna touches the lives of everyone. The benefits of this industry has a human face – it provides employment which in turn provides food and education.”

The workshop was opened by NFA Managing Director, John Kasu. The Pacific Islands News Association President, Kora Nou also spoke on behalf of regional media at the opening and fisheries experts from FFA and NFA made presentations during the workshop.