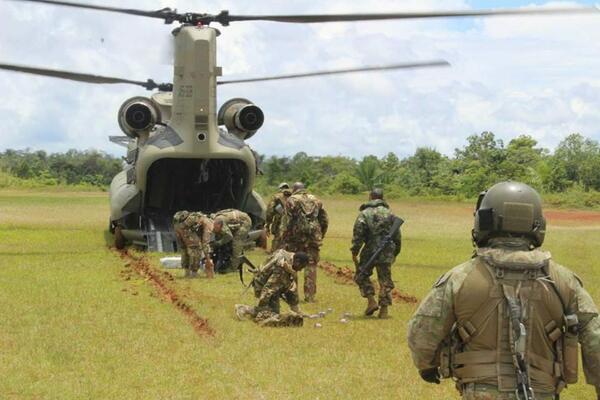 The request was said to be made from Mr Sogavare for PNG to send assistance to maintain law and order in Honiara.
Source: NBC
Share
Friday, 26 November 2021 11:52 AM

Government negotiations are said to be taking place between Solomon Islands and Papua New Guinea to deploy Defence Force and police personnel to assist in the unrest in Honiara.

The Office of Prime Minister James Marape confirmed with NBC News last night that Mr Marape received the request from Mr Sogavare for PNG to send assistance to maintain law and order in Honiara.

Chief of PNG Defence Force Major-General Gilbert Toropo told NBC News that at this stage, the army would send one person to carry out an assessment.

The Government will soon announce what level of regional security cooperation PNG will provide to support the MSG member nation.

PNG was part of the Australian-led Regional Assistance Mission to the Solomon Islands or RAMSI in 2003 after an ethnic conflict.