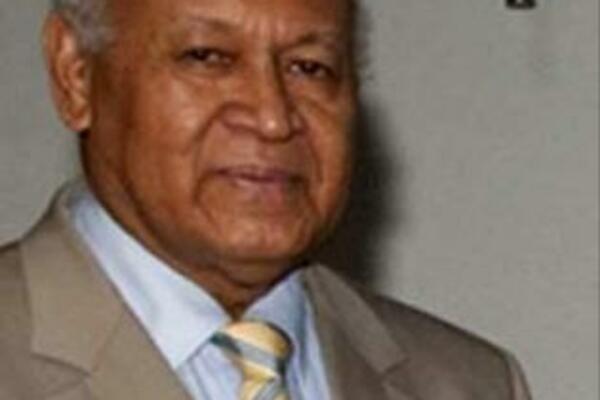 Mr Lepani, a respected diplomat in Canberra, lashed out at the exorbitant spending on Australian-based contractors and consultants.
Source: Supplied
Share
Friday, 25 March 2011 08:04 AM

Papua New Guinea's senior diplomat in Australia took a huge swipe at the $450 million foreign aid program yesterday, declaring half is frittered away instead of delivering lasting benefits.

The extraordinary remarks by PNG's High Commissioner Charles Lepani came as the Coalition called for an urgent investigation into apparent "systemic criminal behaviour" in foreign aid.

The Daily Telegraph yesterday revealed Australia's $4.5 billion foreign aid program was plagued by fraud, with 175 cases under investigation including 71 in PNG.

High levels of fraud were also reported in Indonesia, the Philippines and the Solomon Islands, raising concerns about how well the program was being policed.

AusAID director-general Peter Baxter denied the scheme was "riddled with fraud" as he defended the level of corruption during a string of media appearances.

But Mr Lepani - a respected diplomat in Canberra - lashed out at the exorbitant spending on Australian-based contractors and consultants.

"Fifty per cent of that has not worked. It has not built capacity in PNG and a lot of it has to do with Australian management companies getting a lot of money but not delivering on what they are supposed to do, in terms of building capacity in Papua New Guinea," Mr Lepani said.

Despite his criticism, Mr Lepani denied fraud was "out of control" in his homeland: "No, I wouldn't say that."

She called on the Government to investigate the claims.