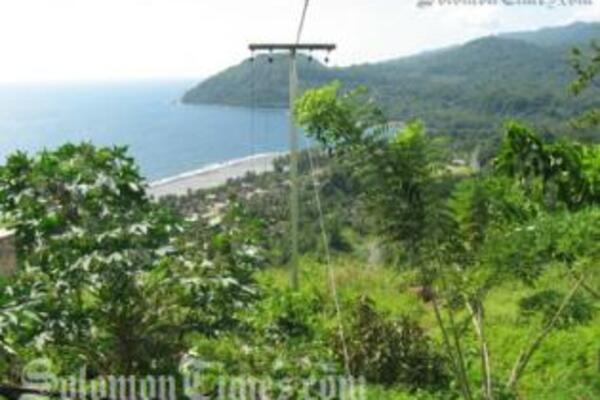 The delegation will travel to the Wutung Border post to meet with Law Enforcement Officials manning their common border.
Source: panoramio.com
Share
Monday, 10 May 2010 12:28 PM

Mr Bata'anisia said the purpose of the visit is to observe and study how Papua New Guinea and Indonesia manages their common border and to see various developments taking place in each other's border.

The visit was agreed to at last year's Joint Border Committee Meeting in Buka, on the Autonomous Region of Bougainville, Papua New Guinea between Papua New Guinea and Solomon Islands Government officials.

The delegation will first travel to Vanimo, Sandaun Province of Papua New Guinea where they will meet with the Governor and senior officials of the Sandaun Provincial Government. The delegation will then travel on to the Wutung Border post between Papua New Guinea and the Indonesian province of Papua and will meet with various Law Enforcement Officials manning their common border.

From the Wutung Border Post, the delegation will then travel by road to Jayapura, capital of Papua Province of Indonesia where they will meet the Governor of Papua Province and his officials as well as to meet with the Chamber of Commerce and Trade and other relevant officials in the province.

The visit is being facilitated by the Papua New Guinea Government and Indonesian Government through its Embassy in Port Moresby, says High Commissioner Bata'anisia.