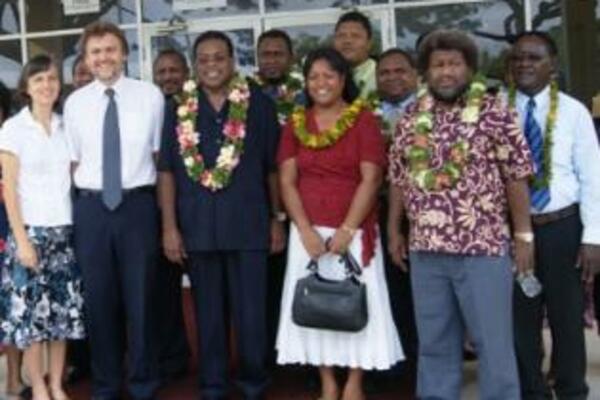 A report carried in the Solomon Star says Prime Minister Sikua announced the election date whilst on an official tour to Papua New Guinea.
Source: Photo Supplied
Share
Thursday, 27 May 2010 10:11 AM

Solomon Islands will go to the polls on August the fourth.

Prime Minister Dr Derek Sikua made the unofficial announcement on two separate occasions over the recent week, and by doing so bypassed the traditional announcement by the Governor General.

A report carried in the Solomon Star says Prime Minister Sikua announced the election date whilst on an official tour to Papua New Guinea for the opening of the Solomon Islands Chancery Complex last week.

The Prime Minister returned from PNG on Sunday where he made an official appearance at a church opening at Tasimboko in North Guadalcanal in the late afternoon of the same day.

In his official address at the church opening, Prime Minister Sikua repeated that the country will go to polls on the fourth of August.

Under the Electoral Act the Governor General by proclamation appoints the date for the election.