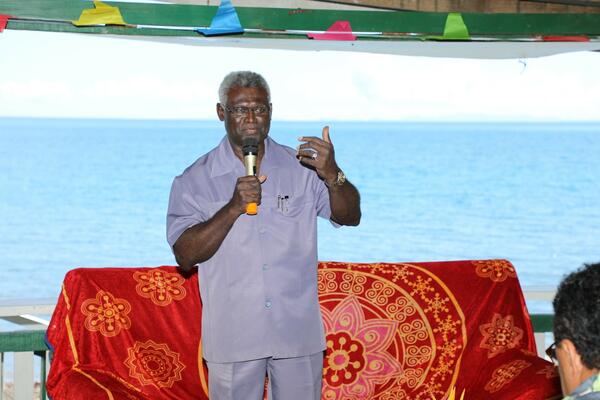 “There is a need for more Solomon Islanders to take part in activities that will contribute to the economic development of the country,” he said.
Source: YTF
Share
Thursday, 08 October 2020 08:44 AM

The Prime Minister made the call following an invitation to visit and talk to members of the North West Guadalcanal Development Association (NWGDA) this week.

Chairperson of the NWGDA told the Prime Minister and his delegation that the association was established this year when the Government announced its Economic Stimulus Package initiative as a way to properly organise local farmers who are willing to participate in such activities.

According to the Prime Minister, the culture of dependency is becoming a norm in our society, resulting in a decline in rural based economic development activities.

“There is a need for more Solomon Islanders to take part in activities that will contribute to the economic development of the country,” he said.

Prime Minister Sogavare stated that the strength of the country lies in the rural areas.

Prime Minister Sogavare acknowledged that the NWGDA is a classic example of a great initiative that will motivate and engage people in activities that will bring positive economic outcomes for country.

He further acknowledged that this in turn would benefit the people’s livelihood and wellbeing.

He also congratulated the executive and members of the NWGDA for setting a benchmark for others to follow.

The Prime Minister was accompanied by some members of the Cabinet and Government Caucus.