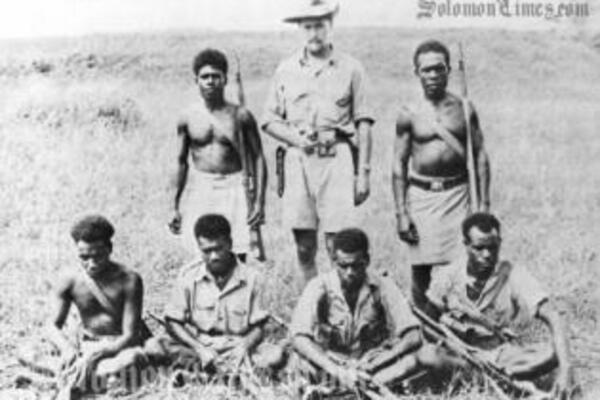 Prime Minister Dr Derek Sikua today expressed sadness over the death of a British World War 2 Coast Watcher, the late Martin Clemens, who passed away on Sunday 31 May in Melbourne, Australia, aged 94.

Dr Sikua said the late Clemens' involvement in coast watching during the Battle of Guadalcanal helped the American forces and their allies overcome a hugely determined Japanese force.

Solomon Islands High Commissioner in Canberra, Victor Ngele stated that a funeral service will be held in Melbourne today, which he will attend.

He says he has arranged for a wreath on behalf of the Solomon Islands Government and its people.

Late Clemens was a senior British official serving under the British Solomon Islands Protectorate at an administrative centre at Aola, East Central Guadalcanal.

The Australian Coast Watchers Association says, "Late Clemens left Aola to move to the hills overlooking the northern plains of Guadalcanal when Japanese military flying boats from Tulagi began to show an interest in his station."

"During June and July 1942, from the hills above Lungga Point he monitored progress by the Japanese on the construction of a forward airfield which the US Marines later captured and named it Henderson Field."

The Association says control over Henderson Field would give the Americans a vital strategic advantage in the lengthy Battle for Guadalcanal.

Even though he was constantly driven deeper into the hills by Japanese patrols, hunting him with dogs, Late Clemens was still able to employ Melanesian scouts to keep the Japanese airfield at Lungga Point under observation. He was then able to give the Americans timely warnings of advancing enemies by sea, air or on land.