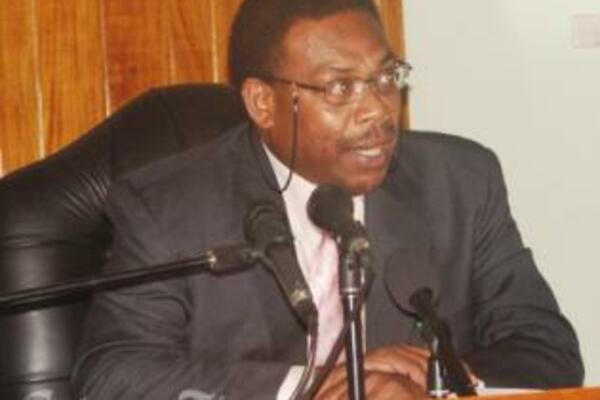 The Government trusts that these reforms will give the political parties a greater role in governance, and therefore their capacities will require some investment.
Source: STO Archives
Share
Monday, 30 March 2009 09:54 AM

Prime Minister Dr Derek Sikua vows that his ruling government is determined to eliminate political instability which has plagued the nation for more than 30 years.

The White Paper is a document issued by the Government which prescribes the policies and the proposed actions aimed at weeding out political instability.

Dr Sikua said the White Paper demonstrates publicly that the Government is seriously attending to a national contagious disease called "political instability" which has plagued the nation for more than 30 years.

Among other steps, Dr Sikua said the Government is soliciting bi-partisan support from Parliament on the approach it is taking on the political reforms and the laying and debate on the White Paper in Parliament will ensure that the political reforms proposed in the White Paper will continue to be an ongoing and active programme, whether under the reign of the CNURA Government or another government.

The Prime Minister said it is his dream that if the CNURA Government is to leave a legacy for the nation's political history, "it is political reform for political stability that he desires"

"And so when in future the children of this nation seek their common heritage, prosperity and destiny, it is my earnest prayer that they will do so in a climate of political stability, national unity and durable peace," Dr Sikua said.

The Prime Minister said political stability is essential to building a stable society and respect for constitutional government is the bedrock for building a rules-based society.

"The processes by which we select leaders and the manner in which leaders have conducted themselves since independence clearly point to the need for reform. This year is thirty years since we gained independence, and it seems there is more political instability today than there was when our founding fathers signed for independence," he said.

The CNURA government will enact legislation that will regulate the conduct of Members of Parliament through a Party Integrity Bill.

The Government believed such legislation will give greater recognition to political parties as important players in policy formulation and entrust them with responsibilities for the discipline of their members.

The legislation will also ensure an MP seeks, through a bye election, the approval of the electorate if he or she should decide to cross the floor of Parliament without the political party.

There will also be reform in the process by which a Prime Minister is elected. The current process has created too much room for instability, corruption and violence.

The government will study a number of options and will engage in dialogue with the community with a recommendation for constitutional amendment.

The government will also reform the electoral system to ensure the majority will of the electorate is reflected both in the general elections and in the formation of government.

The Government trusts that these reforms will give the political parties a greater role in governance, and therefore their capacities will require some investment.