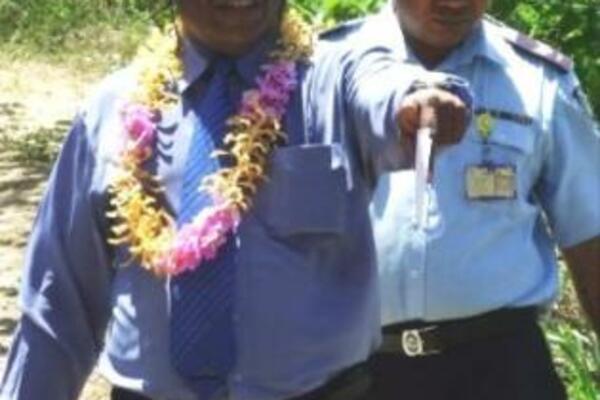 Prime Minister Dr Derek Sikua has announced a new government policy on Tertiary Education which aims at opening up opportunities for young Solomon Islanders to have better access to higher education.

Top officials from the Ministry of Education and Human Resources Development (MEHRD) have already completed a draft of the policy fulfilling a major policy initiative of the CNURA government.

Dr Sikua explained that the tertiary education policy is aimed at upgrading the status of the Solomon Islands College of Higher Education (SICHE), hosting of a 4th USP Campus and a proposed National University.

"This policy will cater for the upgrading of SICHE, the 4th USP campus and a proposed National University, from which secondary school students such as those at Waimapuru will be given the opportunity to further their education, as skilled expertise in specialized fields of study," Dr Sikua explained.

Since taking Office in December 2007, the CNURA government made a policy commitment in placing Education as its major priority - one of which is the implementation of the fee free basic education policy.

Prioritizing access to basic education is an attempt to address the Government's commitment under the 'Millennium Development Goals' of Education for All.

"For us, this simply means an opportunity for access to formal schooling so that eventually down the road, education for young people may become a right rather than a privilege," Dr Sikua said.