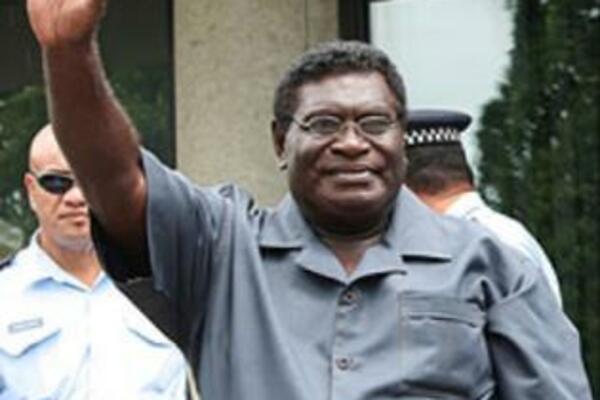 Immediately after his swearing-in at Government House, Hon Philip heartedly
acknowledged both the Royal Solomon Islands Police Force and RAMSI forces for
ensuring no repeat of violence that marred the 2006 election of Snyder Rini.

"I would like to thank everyone in Honiara for the respect and peaceful outcome of
my election today. I salute you all for your respect and good behavior. I also thank
police and RAMSI forces for keeping peace and order in today's election," Hon
Philip said.

Police have put on a high security operation starting Monday this week in efforts to
avoid a repeat of violence. A liquor ban is also in place and a special public holiday is declared for civil servants in Honiara during today's Prime Ministerial election.

Prime Minister Philip said the events of April 2006 were a sad history for the nation, adding that those dark days "are now water under the bridge."

"RAMSI stands ready to work with the new government in a spirit of true partnership," Mr Wilson said.

"We believe that Solomon Islands can have a bright future and would like to work
closely with the new government to contribute to that goal."

Mr Wilson welcomed the Prime Minister's assurance that he wanted to work with
RAMSI.

"We have every confidence that, through close dialogue and consultation, we can
build a genuine and constructive partnership with the new government that will
serve Solomon Islands best interests."

"As a nation, Solomon Islands still face many challenges and there is much hard
work to be done," the Special Coordinator said.

"Those challenges include helping the economy to grow, continuing the work of
fostering reconciliation and peace between various communities, and restoring the
people's faith in government through a more open and transparent system, as well
as working to reduce corruption."

"RAMSI looks forward to playing an appropriate role in supporting the new
government's efforts to deal with these challenges."

"I look forward to meeting with Prime Minister Philip and his cabinet to learn more
about their plans and priorities."

Mr Wilson said he also wished to congratulate all members of the Royal Solomon
Islands Police Force (RSIPF) and RAMSI's police and military contingents who had
supported the RSIPF during the recent election period.

"Over the past six weeks, these men and women displayed great professionalism
and dedication, working long, hard hours to make sure there was a safe and secure
environment for Solomon Islands democratic processes to proceed unhindered."