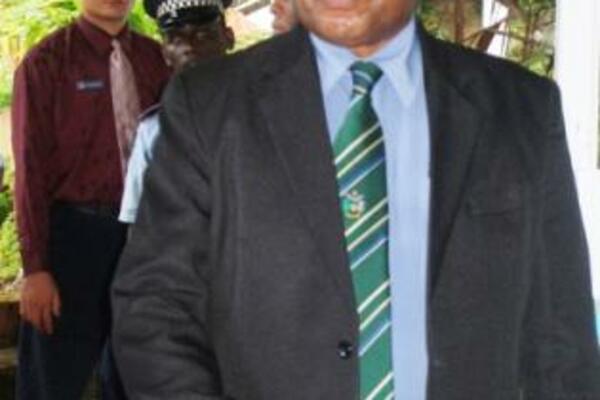 Dr Sikua has directed the attorney-general to produce a terms of reference for the inquiry.
Source: STO Archives
Share
Friday, 06 November 2009 08:49 AM

Prime Minister, Dr Derek Sikua, has ordered an inquiry into the management and operations of the Civil Aviation Division in the Ministry of Communication and Aviation.

The action was taken after a row erupted between senior officials of the division and their permanent secretary, Jeffery Wickham.

Chair of the newly established Civil Aviation Authority, attorney-general Gabriel Suri has been appointed chair of the internal inquiry panel.

Dr Sikua directed the attorney-general to produce a terms of reference for the inquiry.

A statement from the Prime Minister's Office quotes the attorney-general as saying, the terms of reference will not be confined to the complaints made against the Permanent Secretary.

He says it will also enquire into the entire management and the operations of the Civil Aviation Division and Authority. This includes complaints raised against the permanent secretary, officers, consultants, advisors, staff and other persons of interest.

He says the enquiry is expected to start next week.

Civil Aviation Advisor Bill Macgregor had written to the permanent secretary of the public service asking Mr Wickham to be stood down.

Mr Wickham accused the officials of being lazy, and not been doing anything to improve the infrastructures at Honiara International Airport.