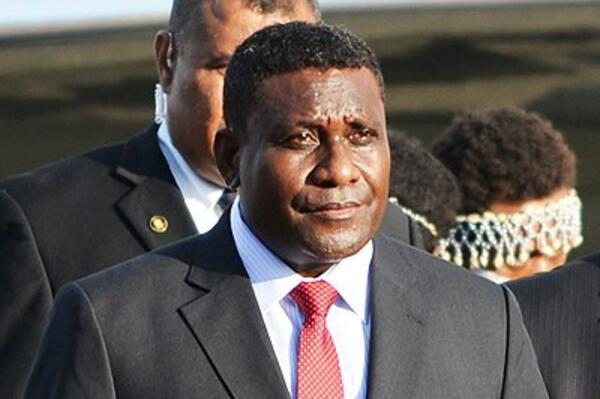 Prime Minister Lilo praised the PNG government for making such a decision which he described as reflecting PNG's recognition of the development needs and aspirations of Solomon Islands.
Source: Photo supplied
Share
Monday, 20 May 2013 09:36 AM

The visiting PNG Prime Minister delivered the assistance in Honiara to Prime Minister Lilo in the presence of a 10 member PNG delegation and senior Solomon Islands government leaders and officials.

Prime Minister Lilo praised the PNG government for making such a decision which he described as reflecting PNG's recognition of the development needs and aspirations of Solomon Islands.

He told Prime Minister O'Neill that he is encouraged by the key leadership role that PNG has taken in linking the development assistance and cooperation, especially, in the Melanesian Region.

He assured his PNG counterpart that Solomon Islands will take full responsibility in ensuring that the country comes up with quality and effective programs that will reflect the good will gesture and friendship that the people of Papua New Guinea have shown.

Meanwhile, Prime Minister O’Neill said this commitment is an outcome from the positive economic growth that PNG has enjoyed over the past 12 months and as a responsible country in the region, it is only fair to share the growth and tackle our development challenges together.

“PNG stands ready to assist Solomon Islands as a neighbor and Melanesian brother despite the challenges we face,” he said. “Like Solomon Islands, we have our own challenges but our commitment to our bilateral relationship will always be there”.

He also signed a Memorandum of Understanding with Prime Minister Lilo before his departure to further strengthen ties between the two countries.