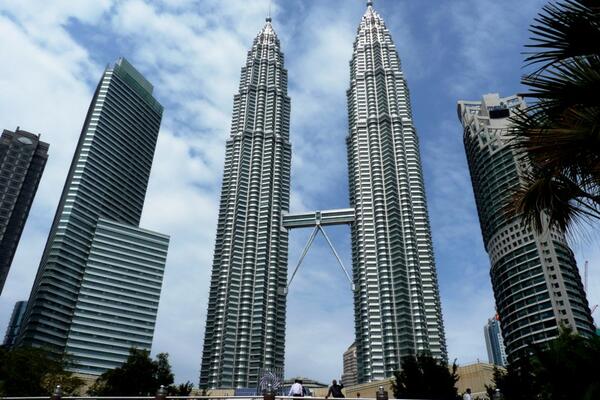 The visit of the Solomon Islands prime minister is in conjunction with the opening of the country's high commission office in Malaysia. This is Solomon Islands' ninth diplomatic mission established worldwide since its independence in 1978.

According to the statement, Anifah welcomed the Solomon Islands Government's decision to open its first diplomatic mission in South East Asia, assuring that Malaysia was committed to work closely with Solomon Islands, to promote bilateral collaborations in all sectors.

He said Lilo's visit was a milestone in Malaysia-Solomon Islands bilateral relations and was indeed timely, as Malaysia embarked to strengthen and expand further its cooperation, beyond the scope of the Malaysian Technical Cooperation Programme.

Diplomatic relations between Malaysia and Solomon Islands was established in 1988.
Anifah also underscored several potential areas that both countries could tap into, namely education, fisheries and tourism, respectively, as well as encourage people-to-people contacts through exchanges of visits and private sector links.

He also offered to share Malaysia's development agenda through the Government Transformation Programme.

Anifah also requested Solomon Islands' support to Malaysia for the Non-Permanent Seat in the United Nations Security Council for 2015-2016.

Meanwhile, Lilo said the decision to open the diplomatic mission in Kuala Lumpur was in recognition of Malaysia's role as a leading player in the Asia-Pacific and also as a model of economic prosperity and multi-racial harmony.

"We (Solomon Islands' are keen to learn from Malaysia and share experiences in targeted areas, notably in the development of small and medium entreprises," he said.

Earlier, Lilo paid a courtesy call on Prime Minister Datuk Seri Najib Tun Razak at his office in the Perdana Putra Complex, and discussed issues of bilateral interest in the 30 minute meeting.