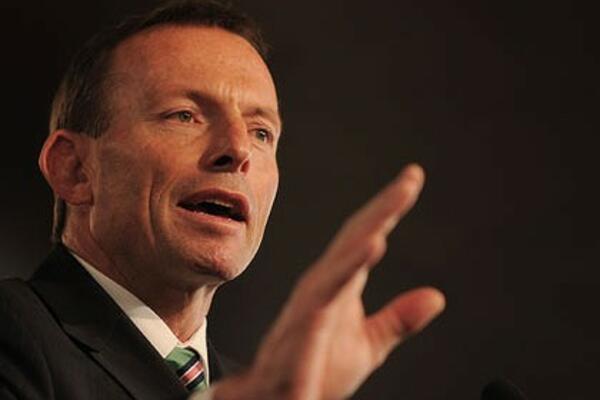 Tony Abbott will be Australia's next Prime Minister after his Liberal-National coalition defeated Kevin Rudd's Labor for the first time in six years.
Source: Photo supplied
Share
Tuesday, 10 September 2013 10:15 AM

In a congratulatory letter to Mr Abbott, Prime Minister Lilo congratulated Mr Abbott and his Australian Liberal Party on behalf of the Government, the people of Solomon Islands and himself.

“I wish to sincerely congratulate you on your election as the new Prime Minister of Australia. Your landslide victory is a testimony of the confidence that Australians have in your leadership and in the Australian Liberal Party,” Mr Lilo said.

On a personal note, Prime Minister Lilo said he still has very vivid memories of his meeting with Mr Abbott in Canberra last year.

“I believe that we can move together in unison in particular to driving the agendas of our countries anchored on your commitment during our engagement to advancing our relationship and that of our region,” Mr Lilo expressed in the letter.

Prime Minister Lilo adds Australia holds a special place in Solomon Islands based on a shared history and geographical proximity.

“I do count on your continued support to RAMSI as it remains a successful story of regional cooperation.”

“At the bilateral front, Australia is a key player in Solomon Islands and your assistance is critical towards addressing the development challenges of my country. Our bilateral relationship ranges from cooperation in health, education, aviation and in infrastructure, just to name a few.”

Prime Minister Lilo then re-iterated the support of his Government to Australia’s new leadership under the management of Mr Abbott.

“I wish you every success and good health during your term as the Prime Minister of Australia,” Mr Lilo said.

Tony Abbott, born 4 November 1957, has been the Federal Member for Warringah since 1994. Tony Abbott will be Australia's next Prime Minister after his Liberal-National coalition defeated Kevin Rudd's Labor for the first time in six years.