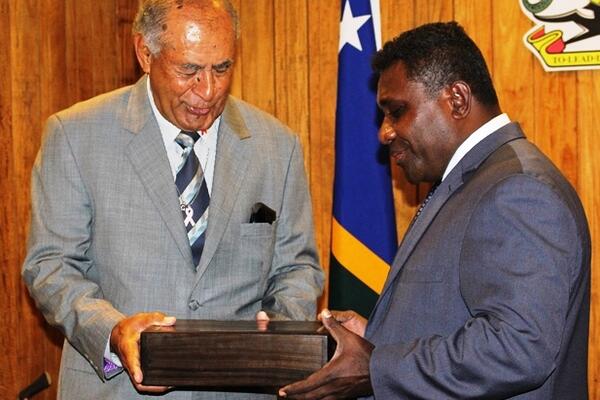 The Prime Minister has applauded the Republic of Fiji for developing a new constitution that embraces the rights and existence of all races in Fiji.

Speaking at a Luncheon hosted in honour of the visiting Fiji President Ratu Epeli Nailatikau, Prime Minister Gordon Darcy Lilo said recognizing the existence and rights of the migrant population is fitting for a country like Fiji.

Prime Minister Lilo said such recognition can only build platforms for a stronger and more vibrant Fiji.

The Preamble to the new constitution recognizes the “descendants of the indentured labourers from British India and the Pacific Islands and descendants of settlers and immigrants to Fiji, their culture, customs and traditions and languages”.

The new constitution has also removed the two tier system of government and replaced it with a single parliament, similar to the one in Solomon Islands.

Prime Minister Lilo said these are changes which reflect the desire of Fiji's people to adjust to current times.

President Nailatikau arrived in Honiara for a two-day State Visit on Sunday.

He departed Honiara for Vanuatu today.