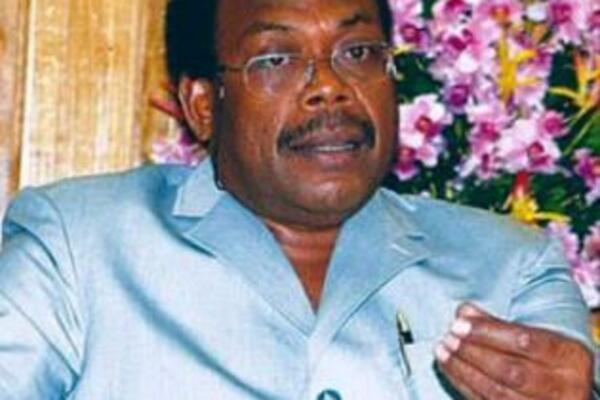 Prime Minister Sikua says the two political reform bills would have addressed the kind of behaviour shown by his five former ministers and government backbenchers when bills were before parliament.
Source: STO Archives
Share
Friday, 23 April 2010 09:12 AM

The Prime Minister has replaced the five cabinet ministers he sacked on Wednesday.

Dr Derek Sikua has also made a slight reshuffle in his ministerial line-up, moving his Commerce Minister Francis Billy Hilly to the Finance portfolio.

The new ministers are as follows:

The new Ministers were sworn in by the Governor General at Government House yesterday afternoon.

Meanwhile, Prime Minister Sikua says the two political reform bills would have addressed the kind of behaviour shown by his five former ministers and government backbenchers when bills were before parliament.

He said although some of the sacked ministers were present in the house and voted in favor of the bill, they did it to save face at the expense of members of the back-bench who avoided showing up in parliament.

Dr Sikua says such behaviour was selfish, and does not reflect well on the MPs as national leaders.

Speaking to the media yesterday afternoon, Dr Sikua also says government backbench MPs who did not support the two bills had displayed childish behaviour, and have shown the type of leaders "who cannot think for themselves and are susceptible to manipulation by others."