Plenty Challenges in the Lead up to Festival 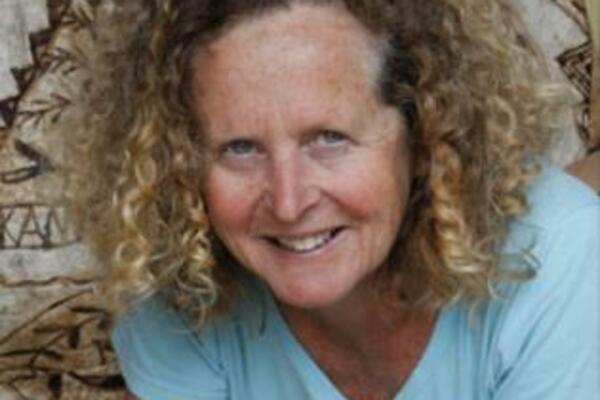 After a month and a half in the Solomon Islands, I am starting to settle in. The greatest challenge has been the heat and getting used to moving around outside in such hot weather.

I have taken to using an umbrella, which assists a little. The festival recently assigned me a car, which has also helped hugely.

Although I enjoyed the local buses (12-seater vans), waiting in the sun with market shopping is not great fun. I share a house with another Volunteer Service Abroad woman from New Zealand, a lawyer working with the Solomon Islands Provincial Government.

We also have a resident dog we have named Mere and she is very chatty and fattening up quickly. There are no curfews, but Friday night downtown is not the wisest place to be. It's a bit like Bridge St.

What I'm enjoying most here is getting to know all the people I'm working with at the Festival of Pacific Arts. They are a great bunch of people and I am also enjoying the pace of life. Nothing happens in a hurry.

It's quite hard to get your head around to begin with, but once you accept that the slower pace is part of life here, it is very pleasant.

The festival is coming together really well. The challenge providing such a huge arts and culture event in a place like Honiara is the lack of infrastructure.

The festival team is charged with building venues, installing toilets, water supply and electricity to sites.

Also, because there are about 2500 to 3000 artists and performers descending on Honiara in July, the only accommodation for all these people is boarding establishments in the schools and technical institutes.

All these facilities need refurbishment and the upgrading of bathroom facilities as well.

An area of about two hectares has been set aside for building the festival village, which will provide a leaf house - a traditional hut with coconut-leaf roofing and bamboo and woven walls - for each country and the Solomon Islands province.

The festival village will have the appearance of a traditional island village, except for the addition of two huge stage areas and a large lake being constructed.

My role at this stage has simply been to get around all the heads of committees, meeting them and getting to hear what they are up to.

Mostly, I have found them all pretty much on the job, contrary to what the local papers have been reporting about the festival not being very organised and whether they can pull it off.

I think the mood is changing now they can see buildings going up and things happening around the town.

Some other challenges for the festival include traffic management, as there is only one road that runs right along the coast and the city is spread out along this road.

The roads are already clogged with traffic, mostly dozens of mini-van buses, Toyota Corolla taxis trawling the roads at 20 kilometres an hour and big white Toyota trucks driven by expatriates. I'm pleased to say my vehicle is smaller and not so conspicuous.

Another 10,000 to 15,000 people in town for the festival will be a great challenge for the police traffic management plan, but apparently they have one.

Another challenge is clean drinking water. The town supply is very dodgy, so everyone drinks bottled water. After many years working with my environmentalist friends at the Nelson festivals, rubbish and recycling have been drummed into my consciousness.

It is a big concern here, with few rubbish bins and no-one too aware of dropping their plastic bottles and rubbish on the ground and in the waterways.

I have been trying to explore the possibility of bulk water supplies for the festival, to reduce the tens of thousands of plastic water bottles that will be dumped otherwise.

They have a recycling business for aluminium cans in Honiara, but not for plastic bottles, as it is not financially viable, so they all end up in the landfill.

I have experienced a little bit of island culture, being fortunate to attend a fundraising night as part of International Women's Day celebrations.

A group of male youth dancers performed in traditional costume and it was excellent. It felt like a blend of traditional dance, with clapping and chanting, but with quite a contemporary fun element.

The array of tattoos on them was also astounding - body art with a great variety of designs. The music I hear on the street and in my neighbourhood is really great.