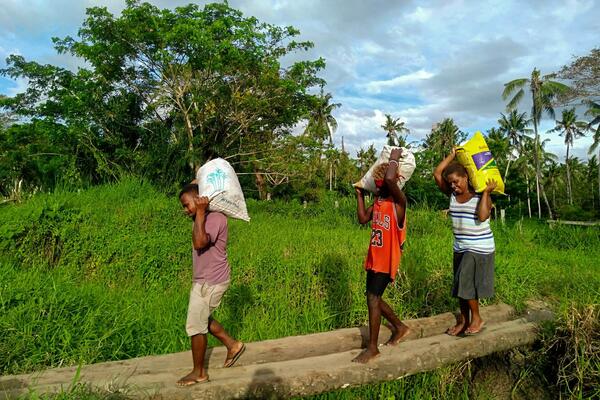 The people of Babanakira are calling for an upgrade to their roads.

Lack of proper road infrastructure has been an issue for the people of Babanakira for almost six years now.

In the past, the Babanakira road was maintained by RAMSI when a police station was established there. Since the burning down of the station and its closure, the road has not been fixed and people are struggling to transport their produce to Honiara.

"Women and children have to cross rivers and walk long distances with heavy loads of bags”, Chief Titus Teddy says.

Teddy says women are more vulnerable and are putting their health at risk by carrying heavy loads long distances.

Cocoa and coconut farmers as well as market vendors walk 14 kilometers before they are able to access vehicle transport to get their products to Honiara.

Chief Teddy says this is an issue that is overlooked by their leaders. He says the lack of proper road infrastructure is a great challenge to the people especially women and children.

He says in past years they used to travel by a tractor that was used to provide transport. He says since the tractor broke down they have to revert back to foot.

Teddy adds “over the years during the national General election campaign most leaders had promised people in prioritizing infrastructures, but they still turned a blind eye to the people’s issues without fulfilling their promise.

“It seems we don’t have a leader. They continue to let women and children suffer without considering the hardship we face every day’’, Chief Teddy says.

Teddy however urges leaders to find ways to improve the Babanakira Road.