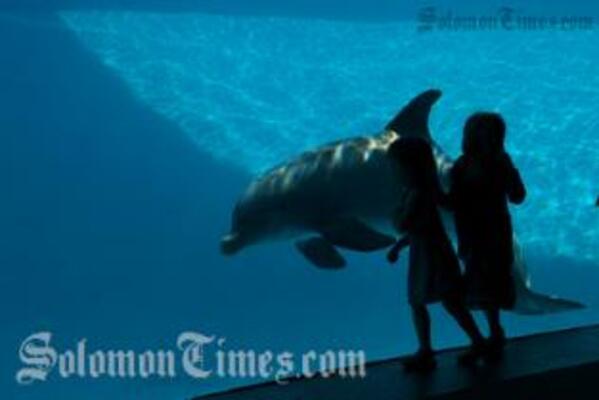 A Marine Life Park spokesperson said the park is pleased to receive the permit and looks forward to welcoming the dolphins to their new residence.
Source: Photo supplied
Share
Monday, 19 November 2012 10:50 AM

The Philippine authorities have approved the export of 25 Indo-Pacific bottlenose dolphins, originating from the waters of the Solomon Islands, to Resorts World Sentosa's (RWS) Marine Life Park in Singapore.

Animal welfare groups in the Philippines had tried to block export of the dolphins in a court case which they lost last month. The mammals, which were caught in waters off the Solomon Islands, are being kept and trained at Subic Bay, Philippines.

A Marine Life Park spokesperson said the park is pleased to receive the permit and looks forward to welcoming the dolphins to their new residence.

The park said it had followed all international and multi-national regulations and guidelines. For over three years, the dolphins had been under the care and supervision of a team of veterinarians and marine mammal specialists, the park added.

Twenty-seven dolphins were captured from the Solomon Islands between 2008 and 2009, and sent to Malaysia and the Philippines for training while the Marine Life Park was under construction. Two of the dolphins died in 2010 from a bacterial infection.

The export from the Solomon Islands caused an uproar with environmental groups, who threatened to disrupt tuna exports from Solomon Islands, claiming that it had breached its tuna safe label for export.