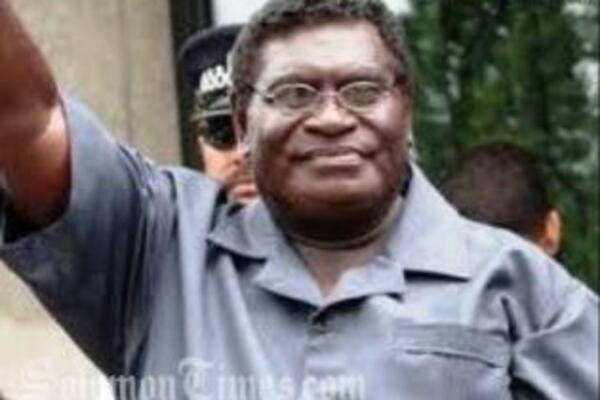 Mr. Philip said that resource owners, who own well over 80% of the country's resources, must be included in the development process.
Source: Photo supplied
Share
Friday, 24 September 2010 14:26 PM

In a luncheon hosted by the Solomon Islands Chamber of Commerce and Industry (SICCI) the Prime Minister said that the current constitution does not reflect realities "on the ground." Mr. Philip said that resource owners, who own well over 80% of the country's resources, must be included in the development process.

The Prime Minister said that the current Draft Federal Constitution is attempts to incorporate some of these inherit makeup and the intention is spelt out clearly in the preamble.

Michael Madill, an Adjunct Professor of Political Science at Oakton College USA, says that constitutions are important, but they must arrive together with economic power directed to the same end if they are to be successful.

"That's the point - you need both but they have to arrive together. In general, very strong executives in countries with weak or volatile economies are sponges," said Professor Madill.

"They soak up money, people and information that could be put to better uses elsewhere because they are the only institution strong enough to ensure that it gets what it wants."

Professor Madill, speaking on the experience of Africa, said that for federalism to work significant devolution of power must occur, "to ensure that development is broad-based and that its benefits are fairly distributed."

"If that works, though, it will be because people in the districts or provinces, have clubbed together, pooled resources and created political and economic power through their cooperation and directed it to their own, local benefit."