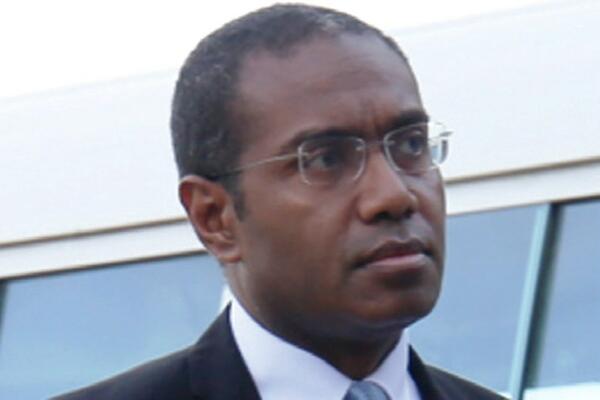 Kenilorea has reached out to all leaders to join the Grand Coalition to move the country forward to regain the confidence from the people towards the government.
Source: Supplied
By Caleb Gray
Share
Tuesday, 16 April 2019 09:25 AM

The Grand Coalition Group has picked United Party (UP) Leader Peter Kenilorea (Jr) as its candidate for the position of Prime Minister.

The date for the election of Prime Minister is set for the 24th of April 2019, with the Democratic Coalition Government for Advancement (DCGA) and the Grand Coalition Group (DCG) vying to form Government.

In welcoming the decision, Kenilorea has reached out to all leaders to join the Grand Coalition to move the country forward to regain the confidence from the people towards the government.

He appeals to the public to remain calm as national leaders go through the process of electing the country’s next Prime Minister.

According to Kenilorea, he and his new colleagues have been given the opportunity to take the lead with the blessing of their senior, wise and veteran politicians in the Grand Coalition camp.

The DCGA is yet to declare its candidate but insiders indicate it may well be Manasseh Sogavare.

Prior to his success at the recent national general elections, Peter was the Permanent Secretary at the Ministry of Foreign Affairs and External Affairs, a position he gave up to contest the elections.

Prior to his appointment as Permanent Secretary he was employed as an International Civil Servant with the United Nations Secretariat in New York.

Most of his secondary schooling was done at Wesley College, New Zealand which he attended from 1986-1990. He is married with two children.