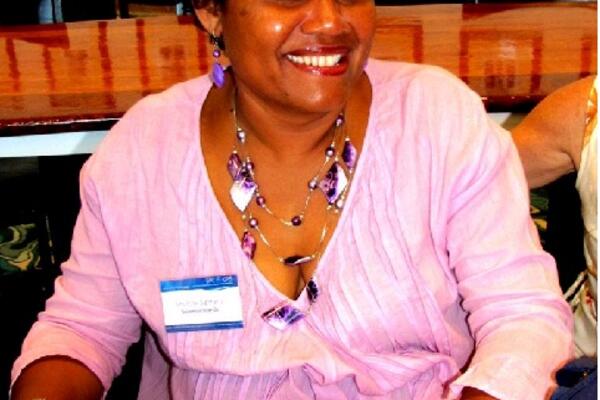 Mrs Ethel Sigimanu, the Permanent Secretary for the Ministry of Women, Youth and Children Affairs is one of the returning candidate.
Source: pacwip.org
Share
Wednesday, 20 May 2015 07:27 AM

The Solomon Islands Government has announced the names of nine Permanent Secretaries who have been appointed recently by the Public Service Commission, following consultations with the Prime Minister, on May 6th pursuant to section 128(1) of the Constitution.

The appointments were made after the end of the previous post holders’ Appointment Contracts and Agreements of Service on 10th December 2014.

The positions were advertised since October 2014 and some of the posts were re-advertised to seek more applicants.

The Public Service Commission carried out interviews of applicants early in 2015 when potential candidates were identified and recommended for appointment.

After consultations with the Prime Minister as required under section 128(1) of the Constitution, the Public service Commission on 6th may 2015 made the appointments of the following Permanent secretaries:

The Government is currently advertising Permanent Secretary Posts for four other Ministries whose terms will soon expire. Successful candidates will be announced when the posts are filled.