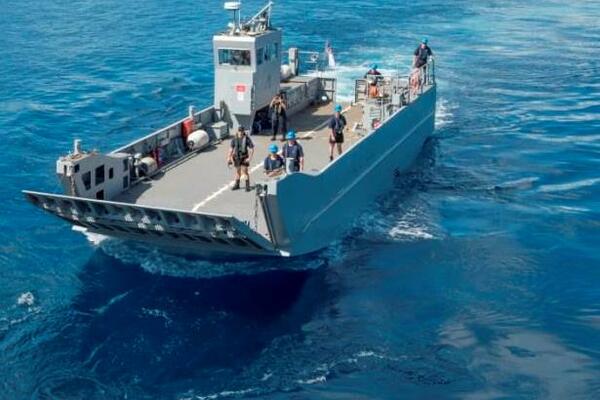 The amphibious dock landing ship USS Pearl Harbor (LSD 52) has arrived in the Solomon Islands for the Pacific Partnership projects.

“New Zealand will be coordinating activities on the ground,” said Royal New Zealand Navy Capt. Anthony Millar, Pacific Partnership 2013 deputy mission commander. “We’re looking forward to exercising our role as people who have quite a bit of recent experience in the Solomon Islands. We’re relishing doing our part for this country’s capacity building.”

During the mission the Pacific Partnership team will hold a number of engineering projects, medical civil action projects and veterinary projects to improve the Solomon Island’s overall disaster preparedness.

“We’re looking forward to working with host and partner nations to help improve upon the Solomon Island’s existing infrastructure,” said Lt. j.g. Tyron Burke. “We have a lot of events scheduled throughout the Solomon Islands that I think will be beneficial to all of the parties involved.”

Burke also expressed his excitement to experience another culture and see firsthand places where U.S. Marines and Sailors fought during World War II.

“The Battle of Guadalcanal was fought here nearly 71 years ago,” said Burke “It’s an honor to not only pay homage to those who served before me, but also help the people of the island better prepare themselves for a disaster that could occur in the future.”

Conducted annually since 2006, Pacific Partnership is the largest disaster response-preparedness mission in the Indo-Asia-Pacific region. Working at the invitation of each host nation, Pacific Partnership is joined by partner nations that include Australia, Canada, Colombia, France, Japan, Malaysia Singapore, South Korea and New Zealand.