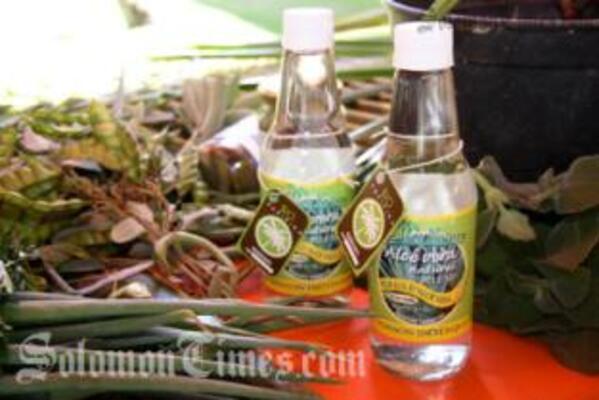 The Pacific organics movement achieved a milestone on 14 April, when the International Federation of Organic Agriculture Movements (IFOAM) accepted the Pacific Organic Standard (POS) into their Family of Standards.

The IFOAM Family of Standards promotes the concept that one standard is sufficient to access several markets, thereby helping to resolve the dilemma faced by producers when deciding on what standard to adopt. Reputable organic fairs are also increasingly looking at certification against a Family-approved standard as a criterion for product exhibition.

The POS, developed with assistance from the International Fund for Agricultural Development, was adopted and officially launched at the 2008 Conference of Pacific Ministers of Agriculture and Fisheries in Samoa. Since 2009, the Pacific Organic and Ethical Trade Community (POETCom), with assistance from the Food and Agriculture Organization and SPC, has gone through the lengthy process required to get international recognition for POS, including developing the required governance structures for managing the standard.

Approval of the standard is based on an equivalence assessment against the Common Objectives and Requirements of Organic Standards (COROS), which draws the line between what can be considered organic production and what falls outside that realm. The POS assessment was conducted by the IFOAM Organic Guarantee System Department, then reviewed by the IFOAM Standards Requirements Committee and, finally, reviewed - and approved - by the IFOAM World Board.

The endorsement will see the POS gain credibility in the organic world, as countries are gradually coming to recognise the Family of Standards as a basis for assessing equivalence of foreign standards. With this approval in the IFOAM Family, the POS is automatically approved as equivalent by these countries, and those who become certified to the POS will be able to get market access. IFOAM is negotiating with other countries and this approach will become increasingly widespread. Approval in the IFOAM Family of Standards also grants the owners and users of the standard the right to use the IFOAM Family of Standards logo on standard documents, websites and related communications. SPC is now engaged with IFOAM for this arrangement to be formalised.

POETCom is the peak organics body for the Pacific region, and its secretariat is based at SPC with funding support from the EU Increasing Agricultural Commodities Trade project (IACT). POETCom is currently focusing on establishing the guarantee system that will allow the POS to be used for certification and, with this development, paves the way for more opportunities for Pacific producers to access organic markets.