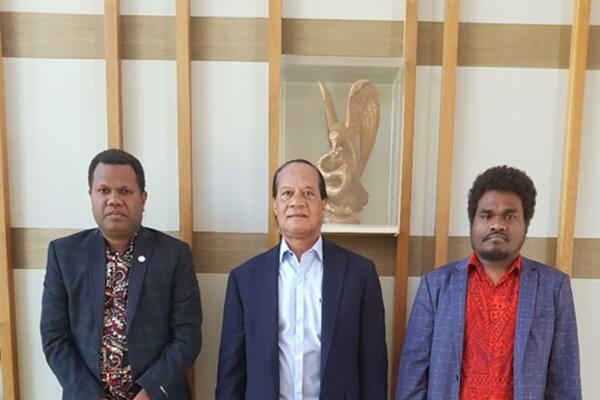 Forty Solomon Islands Nationals residing in Australia will soon have new passports valid for the next 10 years.

The two officers, who are based at the Solomon Islands Consulate in Brisbane, were deployed to the Solomon Islands High Commission in Canberra to process new and valid passports for SI nationals in New South Wales, Australian Capital Territory (ACT), and South Australia.

Solomon Islands High Commissioner to Australia, Mr Robert Sisilo was instrumental in making the passport renewal process for our nationals.

Currently border restrictions are still in place between some states in Australia, making it difficult for SI nationals to fly or drive to Brisbane to renew their passports.

However, travel restrictions have been eased for those that live in New South Wales, Victoria, and ACT. This makes it possible for them to have their passports processed at the Solomon Islands High Commission in Canberra early this week.

Sixty-four (64) nationals have already renewed their passports in Brisbane, bringing the total to 104. Many more, including those recruited under the Seasonal Workers Programme (SWP) and the Pacific Labour Scheme (PLS), are expected to renew their passports at the Solomon Islands Consulate in Brisbane in the coming weeks.