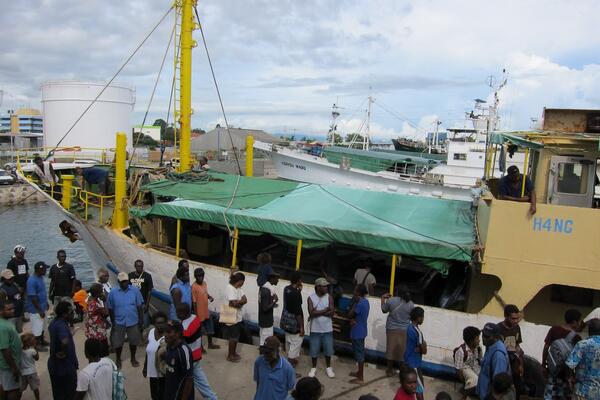 A local passenger vessel, the MV Francis Gerena, has sunk between Ngella in the Central Islands and Malaita Province.

Captain Harris adds it is too early to make head counts of survivors as rescue boats are still on their way to the scene.

It is understood the boat was on its way to North Malaita from Honiara when it sunk.

Recent reports from SIMSA states that all passengers were rescued, further stating that a full investigation is being conducted. Sources close to the investigations say it appears that the cause of the accident was a leakage in the main cargo hold.

SIMSA warns that heavy penalties will be applied if boat owners ignore safety requirements such as passenger and cargo limits.